God of War the movie Update.... 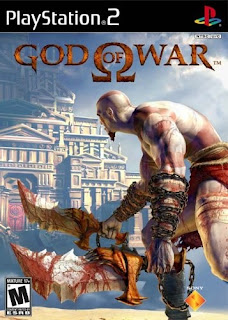 CinCity2000 has just posted an article claiming David Self's script for the God of War feature film is complete and holds true to the games story...Clash of the Titans on Steroids and Methamphetamines"
As is probably the case in the game, all of this is hyper-realized in Self's
script. Athens is a megalopolis, the New York of Ancient Greece with 300
foot-high walls, towers and aeries that stretch even higher, and at its center
an enormous temple to Athena. Satyrs are not impish goat-men, but
8-foot-tall, hellish brutes. Cyclops are 20-30 foot-tall behemoths.
Medusa's lower, serpentine half of her body stretches 50 feet long. The
Hydra is a leviathan of the deep ocean with necks as thick as redwoods.
The gods are not merely human-sized beings in white robes lounging around
Olympus, but titanic in size and power. Ares, when not taking the form of
a fiery tornado, manifests as a giant 600 feet tall, adorned in jet black armor,
with a blazing mane and beard, and bleeds a combustible, oil-like fluid.
In short, everything about God of War is like Clash of the Titans, only taken to
the extreme and amped up to satisfy the 21st century sensibilities of males aged
15-25. "
To read more head on over to CC@K.com!

Posted by XxSITHappensxX at 1:56 PM

Email ThisBlogThis!Share to TwitterShare to FacebookShare to Pinterest
Labels: God of War, Movies