Unity Adam demo - the full film At GDC 2016 Unity Technologies’ short film “Adam,” blew audiences away as one of the best demos many had seen. That first installment was just a taste of the full-length short film previewed at Unite Amsterdam, Unity’s annual European user conference, and released to the public today. The film, created with the Unity engine by Unity’s Demo Team, showcases just how amazing and realistic games and digital experiences can look, while also providing a stunning example of what is achievable today with Unity’s engine. ENJOY.
Posted by Flyblind at 11:22 AM No comments: 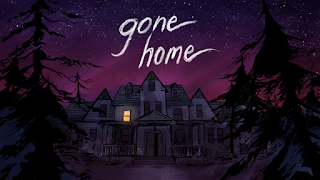 I'm going to begin by saying thank God I didn't spend $20 on this game! Now you may take that as Gone Home is a terrible game, it's not.
Gone Home came out in January and thanks to PS+ I got to experience this little gem. I would categorize Gone Home as a First Person Short Story Experience. And there in is the problem I have with spending $20 on this title. Once you complete Katies journey thru the house and find all of Samantha's journal entries what's going to entice me to ever "play" this "game" again?
Gone home is a well made title with some of the best atmosphere I've experienced in a game since the original Resident Evil, the subtle creaks of the floor boards  and sonorous explosions of thunder from the storm raging outside to the eery silence throughout the house really lets your mind conjure up a feeling of dread. The Sound design and atmosphere is the highlight of Gone Home.
So if you have PS+ I recommend checking out Gone Home while it's available (till 7/5/16)! The game can be completed in less than 60 seconds and that is actually a trophy. If you do decide to check out Gone Home, play it at night with the lights off.
Bonus points for the Street Fighter references!
6/10


Posted by XxSITHappensxX at 9:05 AM No comments: 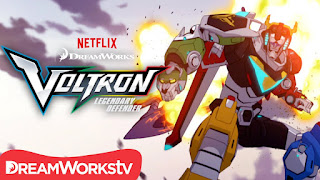 Last night I sat and watched the first episode of the new Netflix series Voltron Legendary Defender with my son who is 6 and a half and we loved it! Even my wife kinda watched also....she's more of a Thundercats fan though.

I had read some articles leading up to the release and I got the impression the team behind VLD were fans as kids, and after seeing the first episode last night that is clearly true. The greatest joy for me was seeing the pure excitement and wonderment on my son's face,
"oh my gosh daddy the lion is flying!"
Hey Ry, do you know what the lions become?",
"Voltron?"...
"yes, but how?"
And when they formed Voltron I got to see a glimpse of myself at that age with all the awe and amazement. It was great and the show was enjoyable as well, so far Keith is my favorite followed by Hunk. The show definitely has something for both demographics (old school fans and new viewers) Some of the jokes poke fun at the absudity of the premise of flying robot lions that combine to form a giant robot which obviously caters to us but the younger viewers just see awesome robot lion action.
The camaraderie with the group is hilarious, It's if Brad, CJ, Mike, Jay and myself were given giant robot lions to go save the universe.....it would be a comedy of errors! (every alien species would die most likely)
Many of the characters from the 80's version I saw as a kid are back as well as the mice, Sven has been replaced by Shiro and Keith no longer pilots the Black Lion, Shiro does.
Oh and for those Macross fans out there, who spotted the Roy Focker fan service when Keith and Hunk are trying to sneak out of the barracks!?
The animation is done by the same team that did Legend of Korra....never got to watch that but I heard all good things about that series.
So I look forward to spending time Saturday mornings watching Voltron: Legendary Defender with my son.

Bonus points if you can tell me how many vehicles formed Vehicle Voltron Force!

Posted by XxSITHappensxX at 12:09 PM No comments: