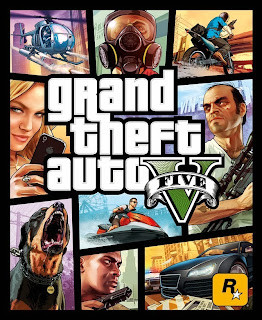 GTA V hits the streets in 19 days and I've tried....Lord knows I've tried to curb my enthusiasm for this game after being utterly let down with GTA IV, but after playing RDR my faith has been restored that R* has some awesome shit in store for us with GTA V!
Anyways feed your eyes on this!

Posted by XxSITHappensxX at 5:36 PM No comments: 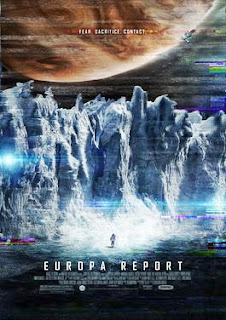 When I saw the trailer back in May I had a feeling Europa Report had potential to be an intelligent Science Fiction movie and I'm happy to report my assumption was correct!
This movie harkens back to early 20th century Sci Fi, when space exploration was thrilling and you didn't know where the trip was going to take you.
Europa report is basically the de-briefing of Europa Ventures, Europa One mission by the CEO and other ground staff based on the archived transmissions sent during the mission.
This movie's relevancy is perfect with all the news from NASA's Curiosity rover and the possibility that there is ice below the surface of Mars and the kooky mars one  non profit organization.
All that is fascinating to me but lets not forget one thing.....
In Space NO ONE can hear you scream!
Outer Space is a terrifying place!
And Europa report reminds us of that in an intelligent way. Zeno's are cool and naughty synthetic humans that love to touch stuff have their place but in my opinion the best Sci Fi is the stories that are just out there on the horizon...completely believable that it could happen in the near future....one of my top 5 favorite Sci Fi movies was 1997's Gattaca because although it dealt with a possible future, nothing seemed implausible and many concepts in the film, to some extent, are a reality today!
That's what I enjoyed about Europa Report, we may not be sending manned missions to the moons of Jupiter in my lifetime but eventually we will.
And whether it was the Nina, Pinta & Santa Maria in search of the "New World" or the Apollo 11 mission to the moon, shit can get real, real quick. This is perfectly shown in Europa Report when James (Sharlto Copeley) Andrei (Michael Nyqvist) go out on a EVA (Extra Vehicular Activity) to repair a damaged comm system outside the ship. That scene was extremely reminiscent to a scene in 2007's Sunshine another sci fi movie I really enjoyed.
I enjoyed last years Prometheus but in retrospect the part that lingers with me the most was how fucking unscientific and utterly ridiculous the science team was in the movie, now when you watch Europa Report you will see how scientist's with true passion for their work would behave!
Europa Report feels authentic and genuine and shows the horrors of space in a true believable fashion, it builds up the tension to the very end and then gives us the answer for the reason for Europa One's Mission.

Posted by XxSITHappensxX at 11:23 PM No comments: 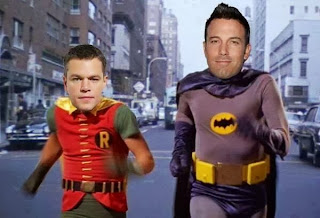 So the interwebs is ablaze with the casting news today that the next Dark Knight is Ben Affleck....not trying to jump on the internet bandwagon but I Ben is the last person I would have though of to get this roll for many reasons....all that have already been mentioned online. But I will give him the benefit of the doubt, and reserve judgement till I see the trailer for the Supes/Dark Knight movie.
Expectations will remain in check...
Oh and for the record I have a ton of respect for Matt Damon, I'm yet to see a film he was in I didn't like.

Posted by XxSITHappensxX at 6:50 PM No comments:

Square has just posted the latest trailer for the HD remaster of Final Fantasy X/X-2. For a game that's nearly 13 years old it has certainly held up well graphically.
I'm totally looking forward to going retro when this game comes out later this year!
This is one of PS2's best games and is well worth a return trip!

Posted by XxSITHappensxX at 2:32 PM No comments: 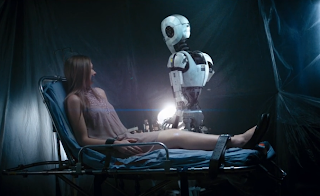 Poor ABE, you work tirelessly for those you love, never looking for acknowledgement of your deeds, you just want to be be needed...to be loved in return. But alas the love you seek in return is fleeting, there when you're new and shiny gone the moment the newer model hits stores. What once was captivating is now obsolete. But ABE you're gonna fix humans....good luck with that!
This is a perfect example of less is more, this short film told a very compelling story in 8 minutes, it has emotion, tension, and decent special effects all wrapped up in a compelling story.

Posted by XxSITHappensxX at 10:16 AM No comments: 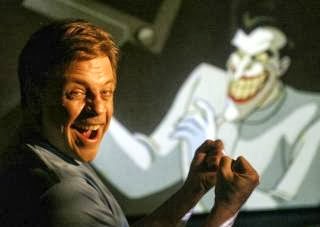 This is brilliant! Mark Hamill aka Luke Skywalker also happens to be the voice actor for the Joker in the animated Batman series.

Who’da thunk young Luke would grow up and make an adequate voice over for the Emperor!?

Posted by XxSITHappensxX at 4:49 PM No comments:

Email ThisBlogThis!Share to TwitterShare to FacebookShare to Pinterest
Labels: Luke Skywalker, The Emperor, The Joker

Gamescom 2013 began today in Cologne Germany and  ends August 25th.
I just got done watching Sony's Press Conference and again I gotta say Sony's doin' it right.
They've been consistent with their message since February's PS4 reveal and I feel they've got nothing but positive momentum on their side at this point.
So here are some of the key points I've taken from their Gamescom conference...

And there were some new game trailers to see also...


Shadow of the Beast


Interestingly there was nothing mentioned about Gaikai, Online Multiplayer and PS+ subscription service at all....but we're getting a Watchdogs movie! I thought I saw that back in 2007....I think it was called Live Free or Die Hard.
Posted by XxSITHappensxX at 12:28 PM No comments: 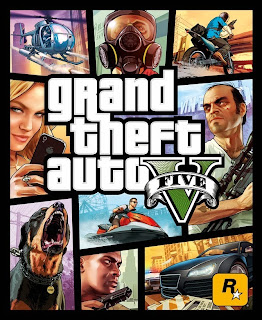 Check out the new trailer for GTA Online!


In GTA Online you'll have the freedom to explore alone or with friends, work cooperatively to complete missions, band together to participate in activities and ambient events, or compete in traditional game modes with the entire community, all with the personality and refined mechanics of Grand Theft Auto V.
Access to Grand Theft Auto Online is free with every retail copy of GTAV and launches on October 1st

Posted by XxSITHappensxX at 4:35 PM No comments: 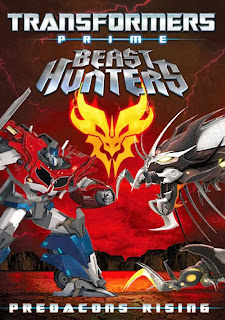 Check out the first trailer for the 90 minute epilogue to the Transformers Prime series! The Autobots, Decepticons and Predacons Unite against a resurrected Megatron now under the control of Unicron, who seeks vengeance on Cbertron and all it's inhabitants.
The movie will air on the Hub this fall....no firm date is set yet but it will be on Blu ray 10/1/13 and DVD 10/8/13, so I would assume it'll be on TV before that.
Oh is that Galvatron I see at 00:21???? Me thinks it is!

Posted by XxSITHappensxX at 5:42 PM No comments: