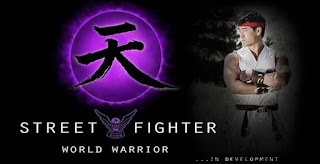 It's been a little over a year since Street Fighter Assassins Fist hit and about 10 months since Street Fighter World Warrior was announced at SDCC. I'm beginning to crave some info from Joey and Christian, location scouting, casting announcements like is Scott Adkins really playing Guile? 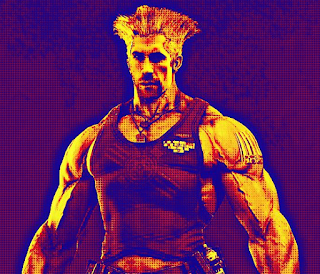 Who's gonna be cast to play Sagat?
Will SFWW begin with Ryu V Sagat?

I actually hope SFWW focuses on Ken and Ryu's confrontations during they're Musha Shugyo and concludes with the fateful fight between Ryu and Sagat. Personally I think it would be cool to show M. Bison approach Sagat during the end credits like how Marvel keeps teasing us with Thanos.
And as a super cool bit of fan service some how work it into the script that Bison's first appearance in SFWW happens on a Tuesday!

There is still plenty of story to tell with the SF1 cast! Adon and Sagat's relationship, Gen has already been mentioned in SFAF, Birdie, Eagle, Retsu, Joe, Mike and Lee...I'd love to see a fight in front of Mt. Rushmore!!!
And if Scott Adkins is playing Guile who's playing Charlie!? Because you can't jump into Guile's story with out showing Charlies "Death".
We have E3 coming in June 16-18
SDCC is July 9-12
EVO2K15 is July 17-19

I'm hoping to get some news at at least one of these events!

Posted by XxSITHappensxX at 4:20 PM No comments: 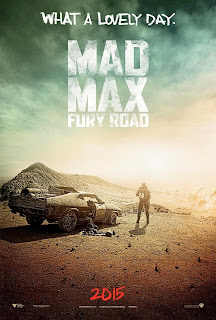 As a longtime fan of George Miller's apocalyptic series about a humanity broken by a gas shortage - where people have regressed into a fuel-obsessed tribalism, I can say with certainty that Miller has done it again. And this time he had a more serious budget!

Max Max: Fury Road hits all the hallmarks of the franchise without feeling like the director was working a checklist. Everyone in this world is desperate and capable of violence, and all is dust and ashes.

The character of Max cleaves to the anti-hero roots almost too strongly. He almost feels like a secondary character at times. Tom Hardy (I should say Tom Hardly) has hardly any lines in the film. You know how you know you're in the apocalypse? There's nothing left to say.

Max begins his anti-heroic journey by being run down and enslaved by the 'war-boys' of Immortan Joe, the radiation-warped villain of the film, and leader of a town that he controls by limiting their water supply. His general, Imperator Furiosa (Charlize Theron, who feels like the real star) escapes with Joe's harem -- which, incidentally, is the source of Joe's 'war-boys'.

As she is pursued by Joe across the desert, Max is attached to the front of one of the assault vehicles tasked with stopping her. Mostly he just hijacks them and by slow degrees begins to earn their trust.

What the director really got right here is that he understood what people loved about his earlier movies and gave it to them in spades: more (and better!) vehicular battles, and more details about this gritty, barren world. The maniacs that pursue Max & Co. aren't -just- maniacs. They have a culture, a belief system, and the audience gets to see it.

For example, when Joe gives the world that Furiosa has betrayed them all by stealing his harem, and puts out the call to arms, the various 'war-boys' rush to a central chamber where all the steering wheels (each adorned with different tribal symbols) are hung in a column. They are reverently taken down, then placed onto the steering columns of different vehicles.

Where in the ranking of Mad Max films would I place Fury Road? I would rank it as a superior fusion of the vehicular battles of the second film with the 'civilization'-level view we see in 'Thunderdome'. Some reviewers have complained that the second film is more introspective. This film's ending doesn't have the lyrical ending that the second film had, where the Narrator says, "He lives now only in my dreams." -- which was a shame.

On the basis of the action alone, this is a film worth seeing.
Posted by Krogenar at 8:08 AM No comments: 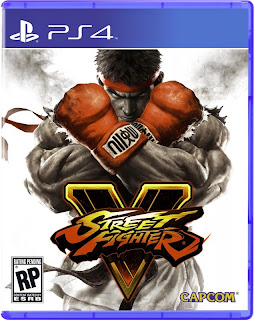 Bison is looking legit! I know alot of my friends on Capcom Unity that main him will be pleased! Also note worthy is if they are showcasing the primary character color scheme Bison now has grey hair....the stresses of running Shadaloo are taking their toll....
It also looks like Bison took a page from Rose's playbook....
For you the day Bison graced the interwebs was the most important day of your life,but for Bison it was Tuesday.....

Revenge of the 5th 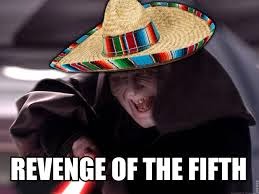 Jo meng 226 Days till Star Wars Episode VII: The Force Awakens.
Posted by XxSITHappensxX at 1:00 AM No comments:

May the 4th be with you! 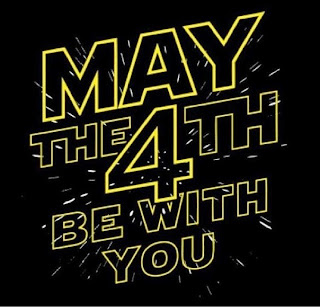 227 days until Star Wars Episode VII The Force Awakens!
May the Forth be with you.
Posted by XxSITHappensxX at 10:12 PM No comments:

Email ThisBlogThis!Share to TwitterShare to FacebookShare to Pinterest
Labels: May the 4th, Star Wars, The Force Awakens 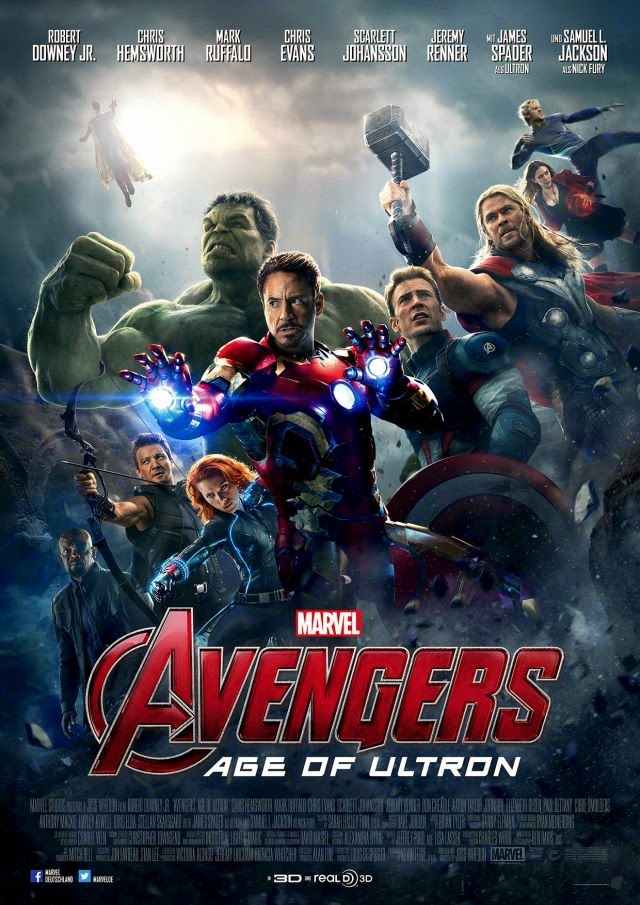 The World's Mightiest Super Heroes have finally returned!
There's ALOT to digest with AoU, and it's served at a frenetic pace! Try and keep up...
Keep in mind Age of Ultron is the conclusion of phase 2 of the MCU, alot needs to happen in this movie to set up what will transpire in phase 3. If you know what movies are coming next year it will help you understand why certain events take place in Avengers 2, especially towards the end with Cap, Black Widow, Scarlett Witch and Falcon.

The cast obviously has incredible chemistry together and it shows on and off the silver screen, Avengers Family Feud had me laughing my ass off!
The camaraderie throughout the film is completely believable as is the differing opinion's on how each of the avengers feels is the best approach to protecting humanity.
I feel Tony Stark is the most proactive of the group which is what ultimately creates the latest threat to humanity....Ultron. More on him in a bit.

I enjoyed AoU but the exhilaration of seeing Iron Man, Cap, Thor, Hulk, Black Widow and Hawk Eye on the screen together wasn't as exciting this time around....not that the opening scene wasn't amazing but after the final battle in the first Avengers film this was like a scrimmage for the Avengers.
For the most part I've kept up with the MCU but I missed Thor 2 and I'm sure there are many causal movie goers who will have plenty more questions than I because they have missed a few Phase 2 movies, like how did Loki's scepter get back on Earth?
Unfortunately I felt AoU was retreading on familiar territory, bad guys turn the Avengers against themselves to achieve their dastardly or as Ultron puts it..."evil plans" *sigh*
So how evil are Ultrons' evil plans? I guess pretty dam evil, he pretty much wants to exterminate humanity....hmmm did Jarvis get a virus from Skynet via the infinity stone?
I prefer intelligent villians, but  for some reason Ultron (The super intelligent cybernetic life form) didn't really impress me, visually he looked like Ultron from the comic's but I've seen Marvel animated movies where Ultron was more threatening.
Ultron was quite articulate and polite even when he was threatening someone's life like when he met with Ulysses Klaue to collect the Vibranium for his "evil plan" dun dun duuuuhhhh...
I understood the whole God complex issue that Ultron was suffering from and how it relates to Tony Stark, it just felt hollow, the movie didn't give enough time to build on the relationship between Ultron and Tony Stark the way Thor and Loki's relationship was developed.
In my opinion this is the MCU's Achilles heel......their villains are never allowed to develop past "mid level boss characters (gamer reference) and when put up against such charismatic and like-able characters as the Guardians and the Avengers they don't stand a chance! The Mandarin, Whiplash, Green Goblin, Sandman, Venom, Ronan the Accuser, Ultron....all legendary villains, all defeated WAAAY to easily or not sufficiently developed.
So far there's only a handful of Marvel villains that I feel have elevated beyond mid boss level infamy, Doctor Octopus, The Winter Soldier, Magneto and Loki.

The hype for Avengers Age of Ultron was at biblical levels and honestly there wasn't much of a chance of it meeting our lofty expectations, the movie was fun and had some spectacular action scenes, and seeing the World's Mightiest Super Hero's team up is awesome but....ultimately I feel AoU sacrificed the enjoyment of this individual film for the overall MCU experience.
Joss Whedon had alot of puzzle pieces that needed to connected in AoU in order to lay the groundwork for phase 3 and he did so masterfully but that's my overall issue with the movie....it felt like multiple movies pieced together to form a super hero mosaic.

Check back later this year as I plan to update my annual Cinematic Superhero Showdown to see where Avengers Age of Ultron lands.

Posted by XxSITHappensxX at 9:00 AM No comments: