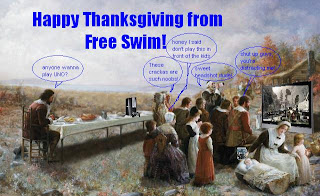 If you don't fall into a food coma after all the food tonight happy fragging! And if you're gettin pwnd just remember those Indians been playing Black Ops long before you!

Posted by XxSITHappensxX at 12:01 AM No comments:

Email ThisBlogThis!Share to TwitterShare to FacebookShare to Pinterest
Labels: Thanksgiving

Hey whatcha doing friday night between 9 and 10 pm? Better yet what aren't you doing?
If you're like most people you're not sitting at home on the couch watching TV. Well the goddam geniuses that assign the slots for the shows on FOX just moved THE BEST show on TV, Fringe, to Friday nights 9PM-10PM EST! American Idol moves to Wednesday's and Thursdays 8PM-9PM EST followed by Bones on thursdays from 9-10 (Fringe current slot). I'm not upset that Bones is taking Fringe's slot, I'm furious that they moved the smoking pile of excrement American Idol to Wednesdays & Thursdays thus pushing Bones and bumping Fringe to the Friday night death slot!

FOX is announcing premiere dates of new and returning series, as well as revisions to its 2010-2011 midseason schedule, including AMERICAN IDOL moving to Wednesdays and Thursdays and GLEE continuing to lead off FOX’s Tuesday night of comedies featuring RAISING HOPE and the debut of MIXED SIGNALS.
The thrill continues when BONES moves to a new time period Thursdays (9:00-10:00 PM ET/PT) after AMERICAN IDOL (8:00-9:00 PM ET/PT) starting Jan. 20. Fan-favorite FRINGE will travel to a new night and time with all-new episodes beginning Friday, Jan. 28 (9:00-10:00 PM ET/PT).Copied From: http://www.spoilertv.com/2010/11/fox-schedule-changes-fringe-moves-to.html#ixzz162z1TCf6 Thanks for linking back. It really helps our site. Please leave the above link in.

Posted by XxSITHappensxX at 3:15 PM No comments:

Call of Duty: The Art of War

With another successful release in the Call of Duty franchise Activision proves that war is good for the economy!

With numbers like these it proves that war is profitable...at least digitally these days, and Activision knows how to sell it! I thought it would be interesting to see the progression of the franchise from the original CoD launch trailer to the most recent Black Ops launch trailer. I find it fascinating how the early titles trailers have a more noble and honorable demeanor and the newer titles starting with Modern Warfare emphasize the extreme frenetic nature of warfare.

The CoD franchise is only 7 years old, and is showing no signs of slowing down, with each new title Activision proves that the gaming industry is rapidly overshadowing Hollywood.

I hope Activision can rebuild Infinity Ward in time for the Nov 2011 release of CoD:MW3 or the rumored CoD: Future Warfare...Marines in spaaaaaace (stay frosty people)! 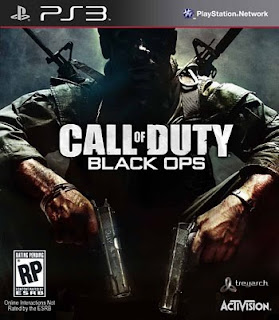 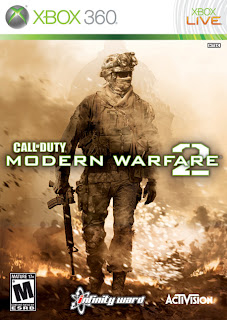 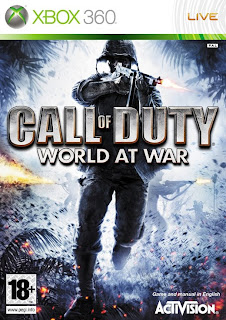 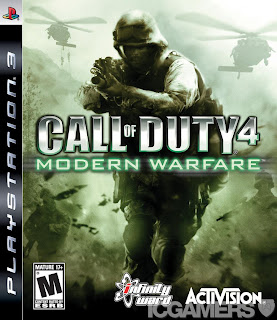 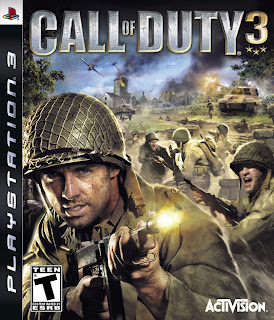 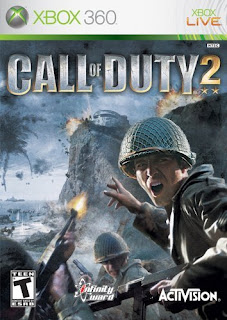 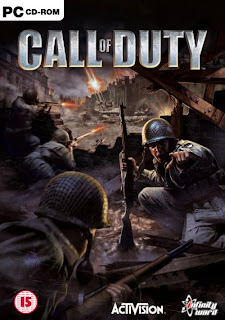 Posted by XxSITHappensxX at 11:32 AM No comments:

Email ThisBlogThis!Share to TwitterShare to FacebookShare to Pinterest
Labels: Call of Duty, Trailer 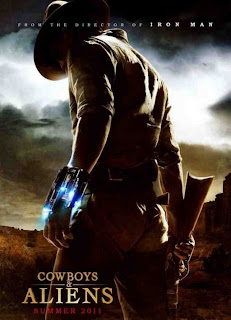 After seeing the below trailer I'm adding Cowboys and Aliens to my must see list for 2011! With the recent release of Skyline (meh) and next years Battle Los Angeles, alien invasion seems to be the theme for next summer.
My friend Brad is hyping the crap out of B:LA and I just can't get that hyped for what looks like yet another ID4/War of the Worlds/Michael Bayesque summer flick....on the other hand Cowboys and Aliens seems original and you have Jon Favreau directing and Steven Spielburg executive producing with Harrison Ford and Daniel Craig! There's some certified talent there. It's been awhile since Harrison Ford has been in a movie that he seems right for but this role looks right for him. And Daniel Craig brings his usual badassery!
If I had to choose between B:LA and Cowboys and Aliens I'm spending my dead presidents on the latter.

Posted by XxSITHappensxX at 9:43 AM No comments: 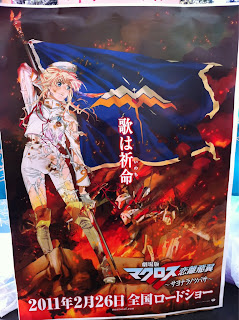 The trailer for the second Macross Frontier Movie, Sayonara no Tsubara (Wings of Goodbye)! The movie poster I used is very different from most Frontier media...reminds me of the artwork found in my ADV SDFM box sets.

Posted by XxSITHappensxX at 7:27 PM No comments: 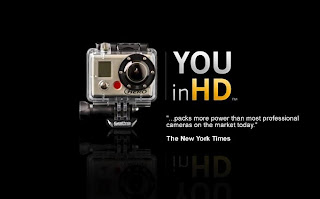 I've tried to once in the past to record myself snowboarding while holding the camera in my hand....not easy and the results look like cloverfield shakey cam shenanigans. Now if I had one of these little gopro cams my video's would've probably been more "viewable". This camera will make an awesome Christmas gift for that friend that enjoys Mountain Biking, Snowboarding, Skiing, Kayacking, Surfing, Skateboarding, cliff diving....you get the picture.

Posted by XxSITHappensxX at 6:45 PM No comments:

Sucker Punch looks visually amazing, to the point where any story will suffice. The newest trailer does an amazing job of reigniting the hype, and it seems completely original....something sorely lacking in Hollywood!
Posted by XxSITHappensxX at 8:56 AM No comments: