And after the Last Jedi's controversial run (I still want to see it a few more times before passing judgement) and less than stellar reception by fans and the general public coupled with the drama with Lord and Miller getting canned from the Solo movie, and the rumors about Alden Ehrenreich's acting abilities, and the rumors that 80% of the film had to be re shot when Ron Howard came on board....honestly shit ain't Rainbows and Unicorns for Disney/ Lucasfilm right now. Who's steering this ship? Steamboat Willy??
I don't understand why the internet is in such an uproar over this missing trailer, from all the shit I mentioned previously the chances of this movie being good isn't very good.
We'll most likely get the trailer in 10 days on Superbowl Sunday February 4th. So that' gives the interwebs 110 days to analyze and re analyze every frame of the trailer and come up with theories that will eventually let yourselves and everyone who bought your cool aid down a dark path of anger, hate and suffering!

Now where's my Kenobi movie! The Passion of the Kenobi!!!

Posted by XxSITHappensxX at 1:40 PM No comments:

I'll post a video of the requirements for those new to SFV...


Basically just get the dog laying on the ground on the left side of the stage to get up by beating your opponents ass. BAM easy 2.5 K (ggrrrr).
Next I went to Extra Battle Mode and the second [Quick and Immovable] fight is now available from 1/25/18 - 2/1/18, remember the entry fee is 2.5k FM! I don't play Rashidooo but I figured since I started collecting the gems I might as well finish plus I'll make it back beating the Middle Class Shadaloo Grunt!

Speaking of, this week brings us our first encounter with a Golden Shadaloo Soldier! This XBM will cost 500 FM and beating him will earn you 2.5k FM, net is really 2k FM taking the entry fee into account. And you can fight him 3 times which will net ya 6K FM!

So between the weeklies and the Golden Shadaloo Soldier you can earn close to 10k FM. Going forward I will only do the Crossover Costumes for characters I play, it makes zero sense spending 10k FM for a costume set for a character you don't play.
Folks manage your FM so you can afford the season 3 characters when they launch!
Posted by XxSITHappensxX at 8:06 AM No comments: 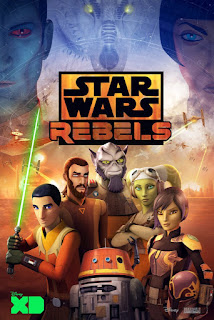 With the state of the Galaxy in turmoil with Episode VIII dividing the fans down the middle and utterly failing in China and no sign of the trailer for Han Solo (4 months away) I'm happy to finally get this trailer for the second half of the final season of SWR!
I'm curious about what Sheev means when he say's "Ezra Bridger....mine at last"

And who is Ezra talking to in this scene???

Posted by XxSITHappensxX at 5:29 PM No comments:

I never reviewed the initial launch of SFV back in February 2016....there wasn't much to say. The game play was tight as is expected with Capcom's flagship fighting game.
The new direction they were taking with DLC and scheduled updates was met with skepticism from most and the apparent lack of content at launch was met with an extremely high serving of salt as we say in the FGC.
I've been actively playing SFV since March 26th 2016 and as of this writing I have earned enough FM (fight money) to purchase  Guile, Ibuki, Juri, Akuma, Kolin, Abigail, Menat, Zeku and most recently Sakura (yesterday) without dropping a dime of real money. That's 900K FM, I've also been able to purchase many of the DLC stages with FM, some I dropped RM but I'm one of those who must have every stage! Ugh the memories of SFIV's stages still give me night terrors!
I'm sure I'm gonna get roasted for saying this by MANY MANY people but I was fine with SFV in it was at as of 1/15/18, I get it that there are those that don't want to play online and are content with off line game play and want to just keep playing the CPU and challenging themselves to get a higher score and see if they can beat the game at max stars with no continues. I'm no longer one of those people, I crave the challenge of beating a real person on the other side! I do still want some sort of story for the characters....it helps make the characters more relateable.....that's why I'll never use RM or FM on Ed (douche bag character)...
So when we got the Cinematic Story Mode in June 2016 that was a great addition which, in my opinion, was more impressive than some still images with text at the end of each characters run thru arcade mode to explain they're story. I enjoyed the experience and look forward to a continuation of the Cinematic Story mode this year as we creep ever closer to Gill and the rise of the Illuminati.
And then we have the Weekly Missions that net about 6k-9k FM + Survival Mode (Easy, Normal, Hard and Hell) that was another source of FM and XP + Character Trials + Tutorials......There was plenty of FM out there to grab if you were inclined.
So here we are in the third season of a game many said was DOA when it launched with a roster of 29 characters, 24 stages, Arcade Mode that spans the ENTIRE franchise history...that's over 200 endings! Art Gallery, Team Battle (offline), Extra Battle Mode which I actually dabbled with last night.
So as of yesterday there were 2 Extra Battles available Shin Akuma Strikes (1000 FM entry fee) and [Quick & Immovable] Get the Crossover Costume (2500FM entry fee) I spent the 2k (2X) FM trying to beat Shin Akuma.....now THAT was an ass whoopin I won't soon forget!
Then I tried the Quick and Immovable Extra Battle after beating Viewtiful Joe the first time I earned the boots "gem" but then it sank in that I would need to fight Joe at least 3 more times to get the other 3 "gems" but there's a chance you may not get the gem when you win! You might get XP or FM so there's a 33.3% chance of getting the gem you need. So after 3 games and only getting 1 of 4 gems and 2 XP boosts I called it quits, I don't play Rashid anyway. My initial feeling is that X.B.M. could be a huge FM sink so fighter beware....

I also tried out Arcade Mode and breezed thru SF1 with Ryu, almost got double perfects on all 4 matches. The cool thing is now there are weekly missions that tie into arcade mode, like yesterday the first mission connected to Arcade Mode was achieve a score of 100,000 or greater....easy breezy FM!
All this great new content plus all the modes that we previously had such as Survival Mode, Training Mode, Cinematic Story Mode, Ranked/Casual/ Battle Lounge and Trials!
9/10
And here's my first match using Sakura

Posted by XxSITHappensxX at 3:58 PM No comments:

"The Strongest Women in the World!" YATA!

Back in 2012 I wrote an article about Chun Li, The First Lady of Fighting Games and how she is a positive role model for women on par with fictional characters like Ellen Ripley (Aliens).
Chun Li Capcom's female pioneer in the video game industry
Check out this compilation of women kicking all types of ass!
I've been asked, "why do I prefer female characters in Fighting games, that in "real life" female's would lose all the time"

Personally I wouldn't recommend getting into a relationship with these women, god forbid you forget her birthday or anniversary!
Chun Li approves! 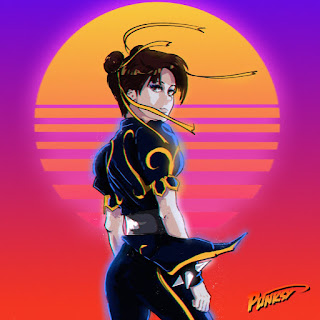 Posted by XxSITHappensxX at 10:08 AM No comments: