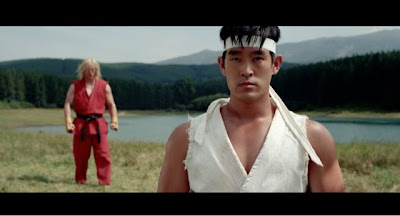 Posted by XxSITHappensxX at 7:32 PM No comments: 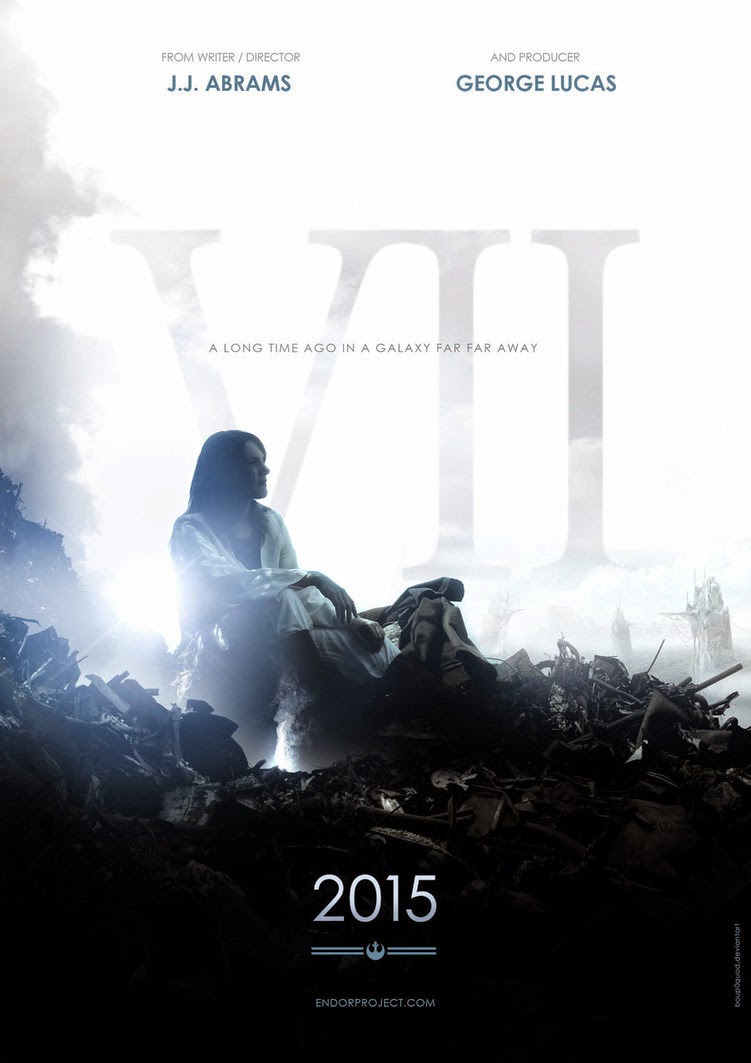 First the poster is not official.....DUH. I just like it.
Second it's not May the 4th....da fuq!? Is nothing sacred anymore?
December, WTF I ain't waiting out in front of the Ziefeld at the ass crack of dawn now, I ain't got a tauntaun to disembowel!
And what's up with no Lando Calrissian announcement!?
Apparently a brother as smoove as Lando still can't catch a break even in a galaxy far far away.....
I'm actually not feeling the hype yet....
TOS starwars.com 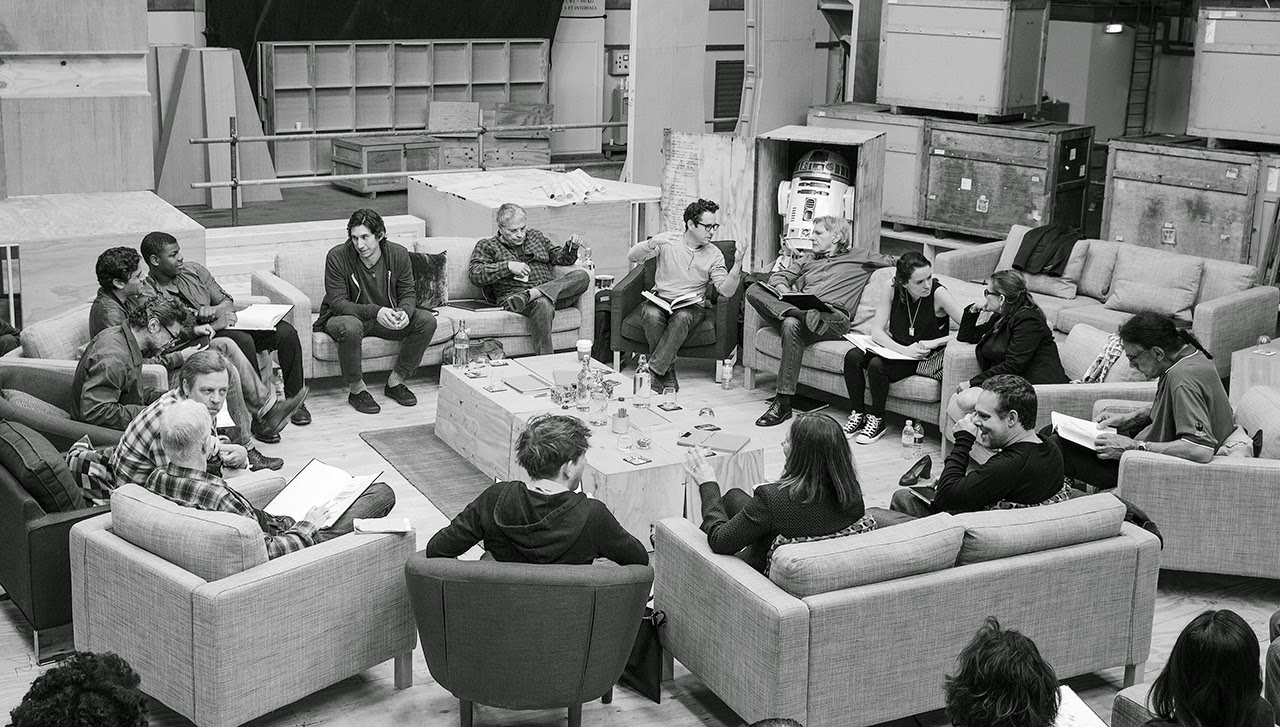 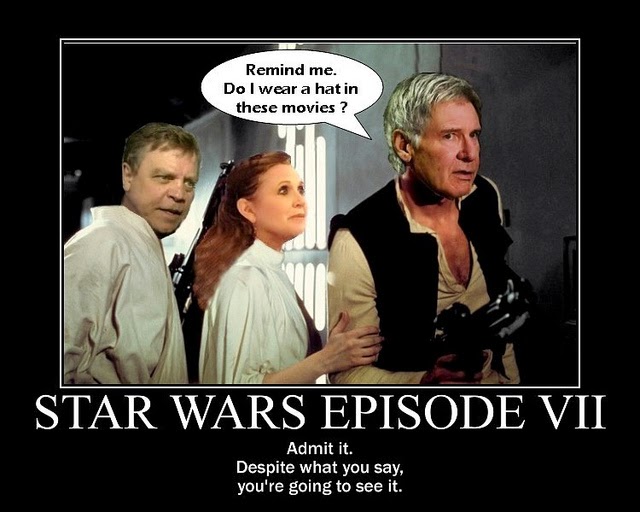 Posted by XxSITHappensxX at 3:54 PM No comments: 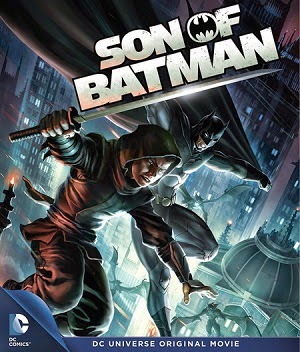 You think fighting crime on the streets of Gotham is hard?
Batman faces his most challenging opponent in the latest DC universe original animated movie Son of Batman. After Ra's al Ghul's apparent death at the hands of Slade Wilson previous successor before Bruce Wayne discovers the League of Shadows, Batman is confronted by Ra's daughter Talia al Ghul where he learns that he's a father! Holy awkward custody battle Batman.....
It was funny watching Alfred, Bruce, and Dick all struggle to keep Damian in check as he seeks revenge against Slade aka Death Stroke.
The movie deviates quite a bit from the comic but is still enjoyable in it's own right. The animation and voice acting is fantastic the fight scenes are great and getting to see Dick Grayson in his Nightwing outfit was cool, I laughed out loud at Damian's comments about the Robin outfit. The connection between Batman, Ra's al Ghul, Deathstroke, Talia and Damian made for an interesting story that was a welcome change.
Posted by XxSITHappensxX at 1:58 PM No comments:

Email ThisBlogThis!Share to TwitterShare to FacebookShare to Pinterest
Labels: Movies, Son of Batman 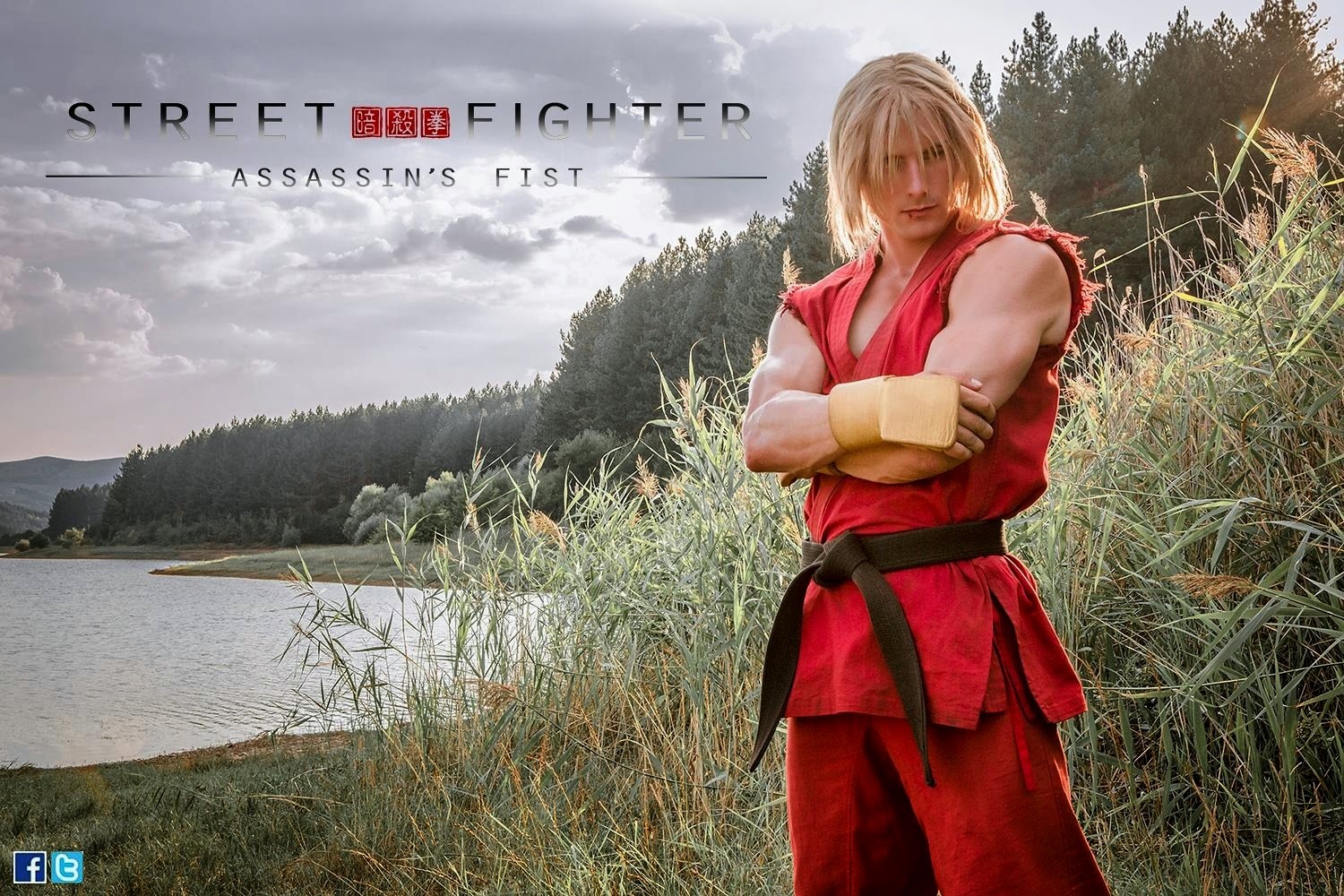 Posted by XxSITHappensxX at 2:28 PM No comments:

Today's set pic from SFAF captures a rare moment of tranquility in Goetetsu's house. Gouken and Sayaka enjoy a meal sans Gouki.....I wonder where he could be???
I'm in the mood for a spider roll and some tekka maki tonight!
Oh the Ken trailer hits later today! I'll post it once it drops! 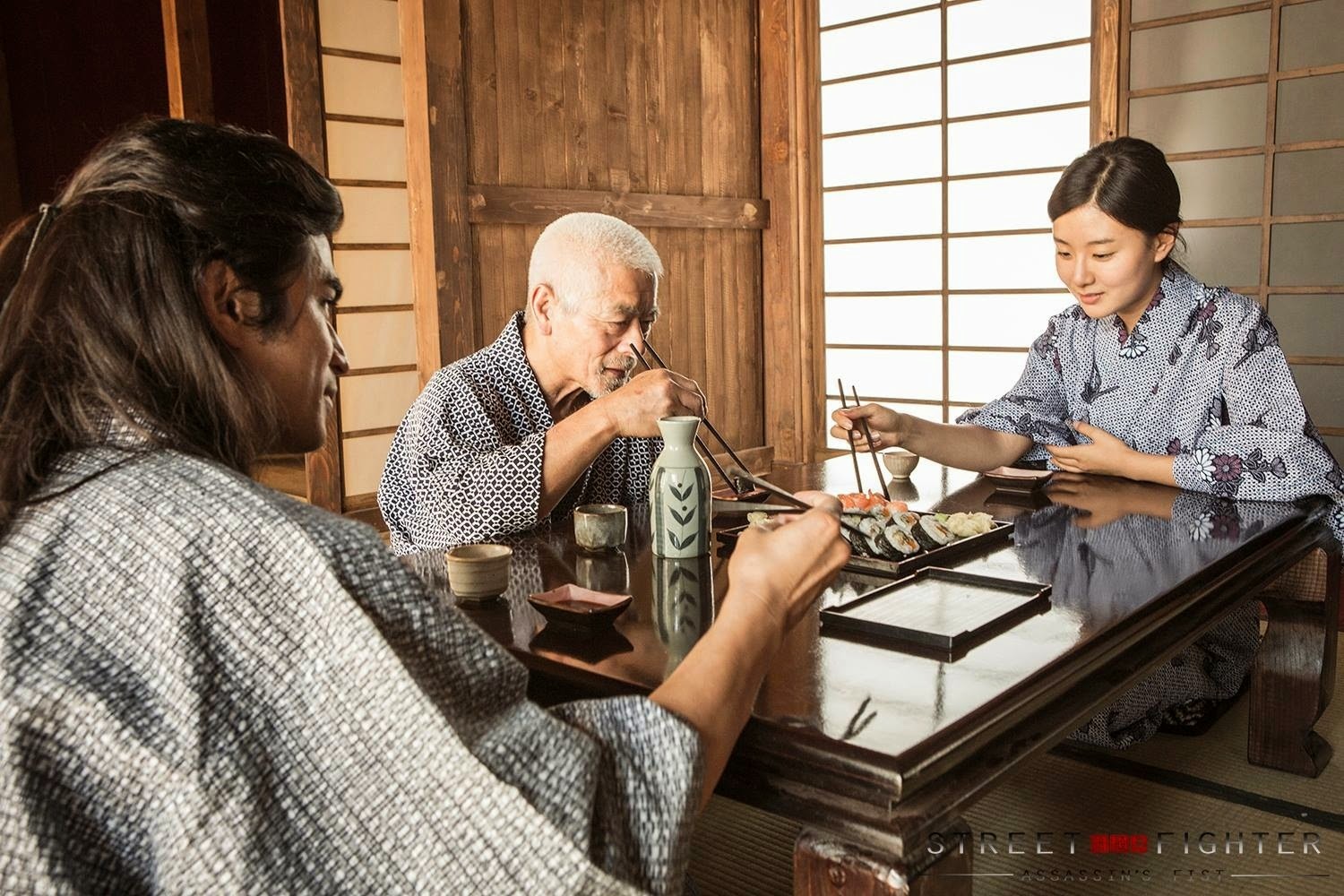 Posted by XxSITHappensxX at 9:45 AM No comments:

Today's new image from Street Fighter Assassin's Fist showcases the shoto clan in traditional Japanese attire.
I really like this image regardless that Ken looks a bit like a hybrid Elf from Lothlorien and a Jedi.
And later this week we'll get the Ken Masters teaser trailer!
I'm guessing next week we'll get the full trailer and then the show begins sometime in May! 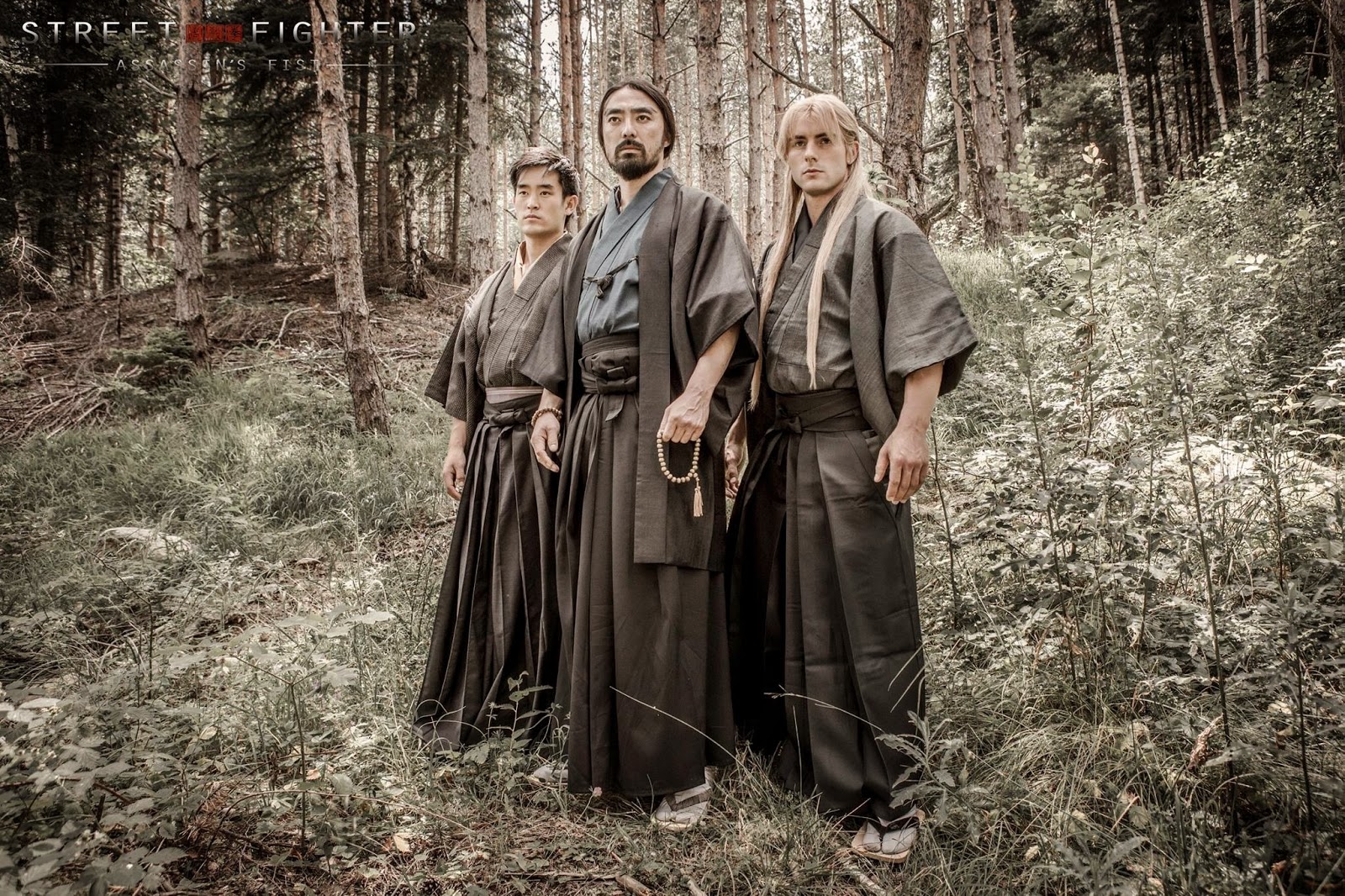 Posted by XxSITHappensxX at 9:33 AM No comments:

Check out the new trailer for Street Fighter Assassin's Fist! This new trailer focuses on Ryu.
I love the Ryu Ken fist bump straight from the games!
Oh and the Hadoken looks pretty impressive as well...

Posted by XxSITHappensxX at 9:59 PM No comments: 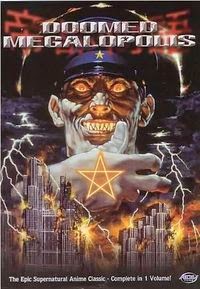 I finally got around to watching this, I remember wanting to buy it back in the day at Suncoast video mainly because I was intriqued at the similarities between Street Fighter II's final boss and the cover image of the Anime....little did I know then!
Yasunori Kato the demon in Doomed Megalopolis is the inspiration for M. Bison.
I enjoyed the story, the sub's were done by Carl Macek infamous for his work on the Macross/Robotech localization nightmare. So as far as I know the story could be completely different than what I think based on the subs.
There are four chapters in the anime, the first titled The Haunting of Tokyo, takes place in 1907 and acts as an introduction to the characters.
Tatsumiya Youichi - works at the ministry of finance and is in charge of the Tokyo Improvement Project.
Yukari Youichi  - Tatsumiya's sister
Hirai Tsuchimikado- spiritual advisor for the Tokyo Improvement Project
Harutaki- crushin on Yukari something fierce.
As the first chapter unfolds we meet the members of the Tokyo Improvement  Project committee as the early stages of the project are proposed. We also meet Yasunori Kato the demon hell bent on awakening the spirit of Masakado Taira the guardian deity of Tokyo in his goal to destroy Tokyo.
Unable to awaken Masakado on his own, Kato sets his gaze on Yukari who has some sort of spiritual power. After doctors are unable to help Yukari, her friend turns to Hirai Tsuchimikado as priest of sorts to help Yukari who is suffering from apocalyptic visions, seizures and "stomach worms".....that is some straight up nasty shit!
The first chapter really impressed me! I'm kinda pissed it took me this long to watch this anime, but if I had watched this back in 1995 I probably wouldn't have appreciated it as much. Doomed Megalopolis is certainly for more mature viewers as it deals with rape, incest, the occult, science, politics, Industrialism vs Traditionalism, with a healthy dose of Japanese history wrapped up in a well written anime.
Doomed Megalopolis also has an unforgettable villain Yasunori Kato, the character M. Bison is inspired by. 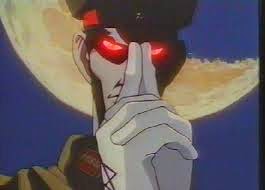 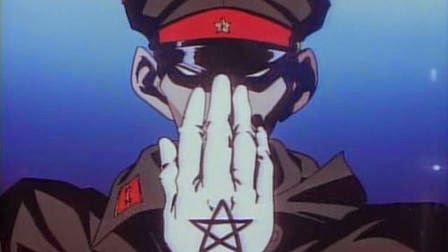 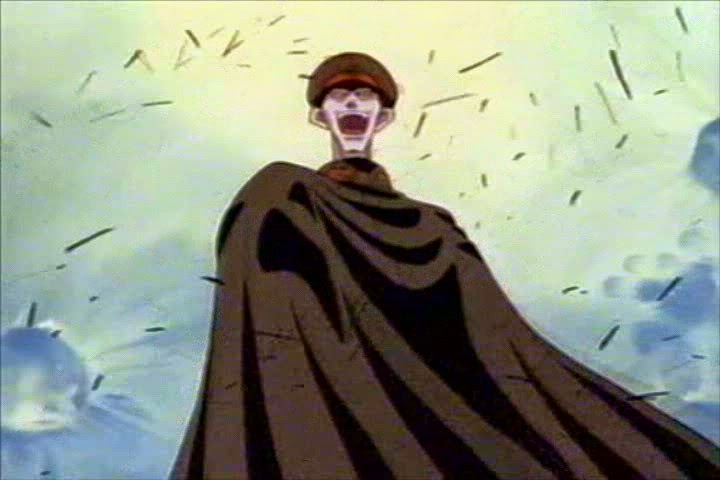 The anime is an adaption of the novel Teito Monogatari by Hiroshi Aramata which was published between 1985 and 1987. If the cover art looks familiar it's by famed Final Fantasy artist Yoshitaka Amano. 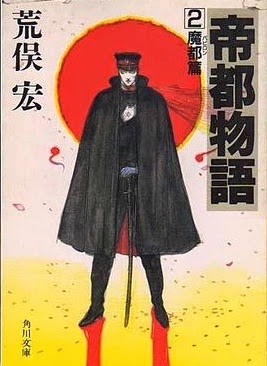 Christian Howard aka Ken Masters in SFAF Q&A from fans FB questions!﻿
Posted by XxSITHappensxX at 10:01 PM No comments: 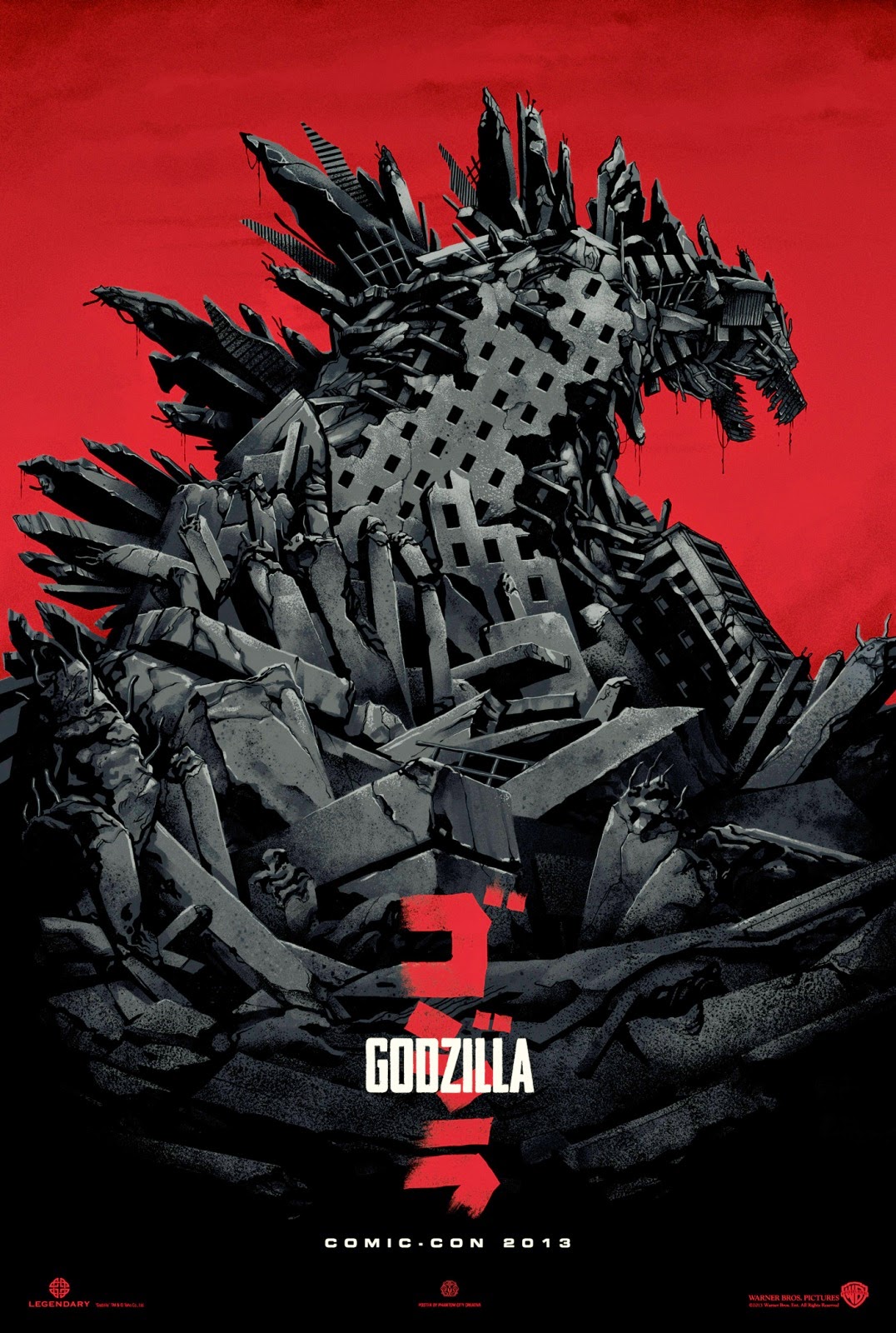 Here's the extended trailer for Godzilla that's attached to the Captain America movie.
So we have Cap in April, Godzilla in May and X Men DoFP, and Gardians of the Galaxy in August...4 must see movies IMO.

Posted by XxSITHappensxX at 11:19 AM No comments:

Movie Review: Under the Skin This film has some very un-nerving scene's but is pulled under by far too many long drawn out scene's and lack of a cohesive story line. At times this movie feels like a horror film other times a documentary and other times Sci Fi.
I appreciate what the director is attempting to do with Scarlett Johansson but it feels too ambitious and comes across sloppy.
The movie absolutely has an Invasion of the Body Snatchers undertone to it and that it what helped me make it to the end of this movie.
Unfortunately 3 scenes in an almost 2 hour movie just isn't good enough. This movie needs to shed about 30 mins of artsy fartsy introspective nonsense.
The Sound track does what it needs to do to elevate the emotions in the film but it just feels too artsy and kinda outdated to me. It makes the movie come across as an overly long episode of The Twilight Zone. 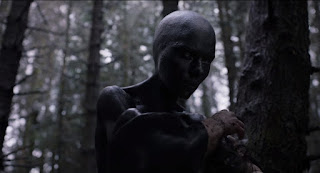 So if you are deciding whether to see this or Captain America Winter Soldier, spend you money on Cap, this'll be on Netflix eventually.
C-

Posted by XxSITHappensxX at 9:23 AM No comments:

Email ThisBlogThis!Share to TwitterShare to FacebookShare to Pinterest
Labels: movie, Under the Skin 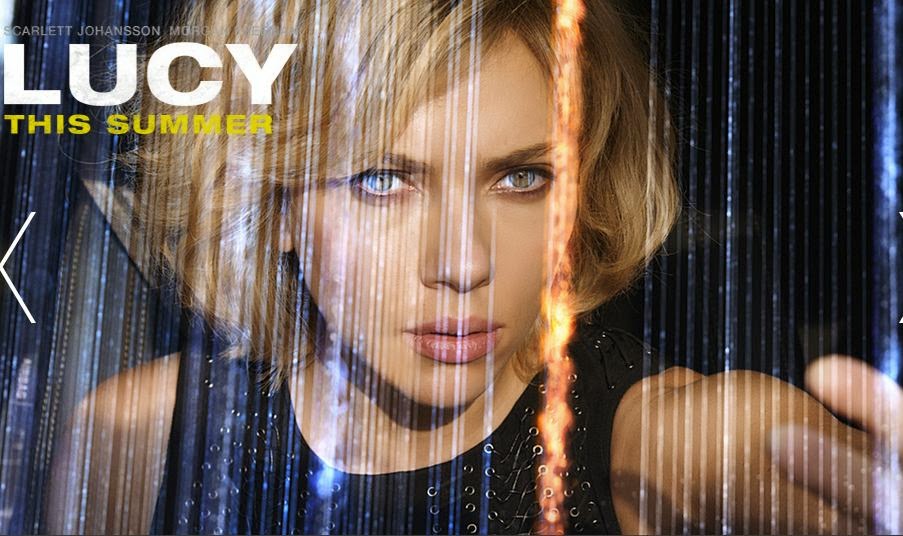 The 5th Element....highly underrated sci fi movie. It's in my top 5 favorite Sci Fi movies and Luc Besson definitely had a unique vision with it and after seeing the trailer for Lucy it looks like a cool mix of Limitless (Bradley Cooper) with a Leeloominai Lekatariba Lamina-Tchai Ekbat DeSebat (Leeloo...supreme being) type character. This doesn't looking campy like the 5th Element so we'll see. I think Scarjo can definitely handle the action, She's done a great job in the Marvel movies and did a great job in The Island.
Lucy TOS: lucymovie.com


Posted by XxSITHappensxX at 1:32 PM No comments: 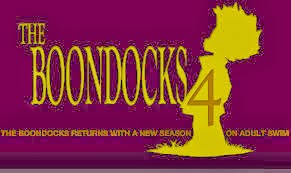 Finally! I'm so psyched for the return of Grandad Freeman, Huey, Riley,Uncle Ruckus, Col. Stinkmeaner, Tom, Sarah and Jasmine DiBois, and all the other characters this show has introduced over the previous 3 seasons.
Set DVR's to record!
I love the fact that this show makes so many people uncomfortable, there is truth in this series....occasionally it is amazingly exagerated but the truth is in there...and if The Boondocks make you uncomfortable you might want to think about why that is...

Posted by XxSITHappensxX at 2:10 PM No comments: