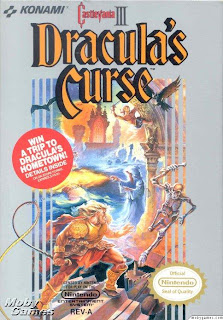 Velcome back to my home...
With Konami's third installment of the franchise Castlevania returns to it's roots in more ways than one. Dracula's curse introduces us to Trevor Belmont in the year 1476...over two hundred years prior to Simon Belmonts exploits.
At this point in Castlevania lore the Belmonts have been exiled due fears of their mythical powers and Count Dracula is amassing an army to exact revenge on humanity over the death of his wife Lisa, mother of Adrian Farenheights Tepes (Alucard).
So the Church pleads for the assistance of the legendary Vampire slaying clan and Trevor answers the call.
Castlevania III returned to the action/adventure platforming style of the original, everything from player and enemy health bars to the sub weapon window, the timer, the score are faithfully recreated just like the original.
All the game play aspects from the original are intact, whip power ups, sub weapons, double and triple shot, turkey meals, hidden sacks of gold etc.
Konami did a fantastic job expanding the scope of the original Castlevania, in Dracula's Curse Trevor must travel the countryside to reach the gates of Dracula's Castle but here's where Castlevania III truly shines, you don't need to follow the path that leads to the front gate, there are multiple paths to take through the countryside to reach Castlevania! Essentially the short road to Castlevania is the long trip thru the castle and vice versa. 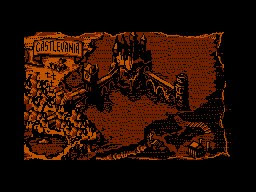 Another fantastic addition in Castlevania III are the three alternate playable characters, Sypha Belnades, a mysterious warrior that battles Dracula's minions with elemental magic, Grant D'Nasty a pirate who's family were victims of Dracula's army, he is cursed by Dracula until Trevor free's him, and lastly Alucard (Adrian Farenheights Tepes) son of Dracula and a human mother, Lisa Farenheights.
Depending on the path you choose you may not encounter all or any of the three alternate characters but there are benefits to finding them as each has unique abilities that can get to hidden area's within the castle and thru areas 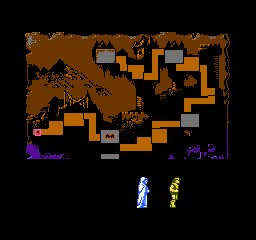 that are especially difficult for Trevor.
The additions of multiple paths and three additional sub characters to play with took an already incredible sequel and added enough variety to warrant multiple play thru's. Along with all the new features the game's soundtrack was also notably amazing for it's generation.
Castlevania III: Dracula's curse builds from the original and does a superb job of improving every aspect as well as incorporating worthwhile additions such as branching paths and multiple characters. Castlevania ended on a high note in the 8 bit era but Dracula would return in a few years on the SNES...

Posted by XxSITHappensxX at 6:56 PM