The latest issue of Famitsu magazine has a new article about the Fabula Nova Crystallis with some fantastic new pics if FFXIII, FF VS. XIII, and FF agito XIII! The scans below focus on Lightening's mystery man, seen in previous vids. Recently revealed as Snow Villiers (sp?)
He reminds of Irvine Kinneas from FFVIII.
FFXIII should launch in Japan for the PS3* in 2009 and localization for Europe and the US will begin in 2009.
Per Square Enix's Shinji Hashimoto,
"First, we will complete the game for PS3 in Japan, then begin localization for America and Europe while developing the 360 version simultaneously. The PS3 and 360 versions will be released at the same time outside of Japan -- although, due to language and other conditions, the game may not be released simultaneously across territories."
So PS3 owners may actually not see FFXIII till late 2009/early 2010! I don't mind the wait for an amazing game but I sure do miss the days on the PS1 when we were getting FFVII, FF tactics, Vagrant Story, FFVIII within the a year or two....those were good times. 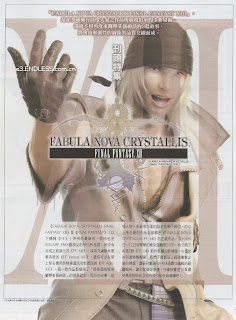 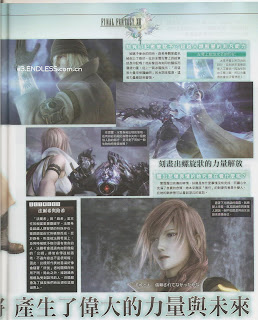 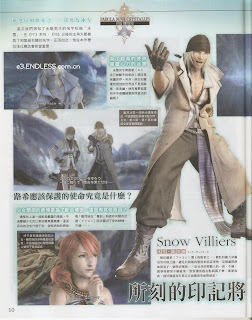 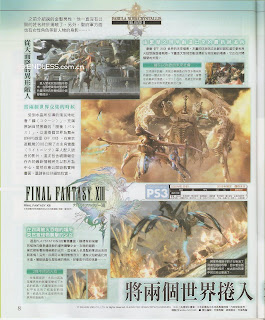