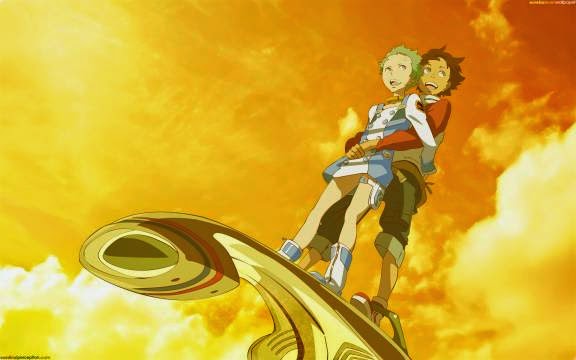 Music, Mecha and Love, no I'm not talking about Macross,  but this series absolutely captured the aspects that made me love anime in the first place!
I never thought I'd see another anime series that made me remember love, like Hikaru and Minmay from the original SDF Macross. 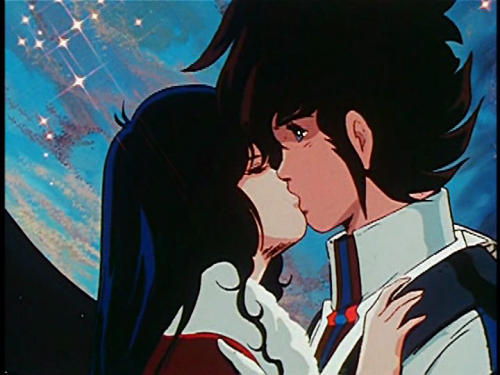 After watching the final episode of Eureka Seven I am over joyed to say I got to witness such an amazing anime! I can honestly say Eureka Seven is absolute magic to behold! Visually Eureka Seven is spectacular from the character designs; every member of the Gekko State is unique and memorable from Renton, the boy who idolizes the Gekko State and dreams of one day being a member because of what he's read about them through the magazine Ray=Out and Eureka, the mysterious girl Renton falls in love with who is called mamma to three children Maurice Maeter and Linck. Despite the reality of the situations around them Renton and Eureka grow closer and closer throughout the series and as Renton searches for a purpose for being aboard the Gekko he resolves to protect Eureka no matter what (sounds awfully familiar to Hikaru's decision for joining the UN Spacey Forces!) 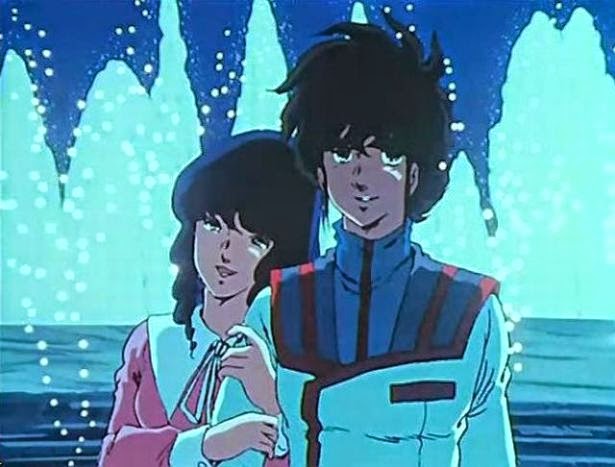 Holland is the leader of the Gekko State, prior to that he was a member of the UN Forces, SoF division with Talho and Eureka under his brother Dewey. During an attack on the Voderac, Holland comes face to face with the high preist Norb who shows Holland the truth about the Scub Coral and Eureka. After that Holland defects and steals the Gekko Go and takes Eureka and Talho with him. Talho is the Gekko's pilot and Hollands girlfriend. There are other relationships throughout the series such as  Moondoggie and Gidget, Matthieu and Hilda, Dominic and Anemone, Will B. and Martha,  Charles and Ray....who I felt were designed to pay homage to old school anime designs such as characters from the series Galaxy Express 999. 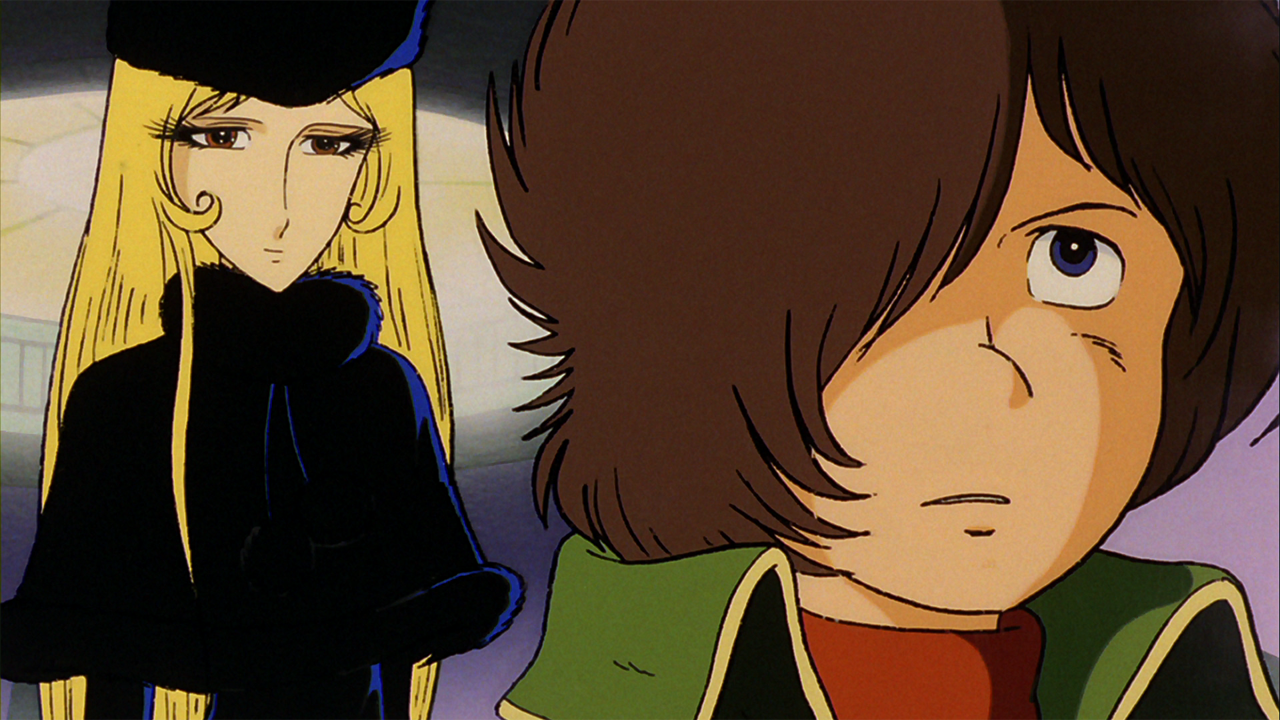 These relationships represented different stages and obstacles people face while dating from the casual "friends with benefits" to the complex, (she liked my brother first but is with me now but I still think about an ex from way back when...)
Throughout the series as Renton and Eureka continue to get closer all these stages and obstacles of relationships don't seem to affect them, they seem impervious to all the drama that complicates love. First love is truly magical and Renton & Eureka represent that. 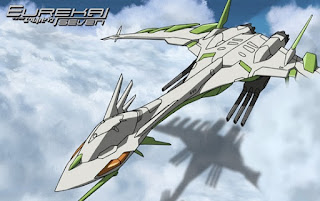 Eureka Seven also boasts some unique and beautiful environments the colors of the clouds, the names of locales, everything seems familiar but just foreign enough to be another world.
The originality of the culture of the Gekko State was fantastic! Think of a group of surfers that have acquired a state of the art military grade aircraft that fight against a world stuck in a military state. 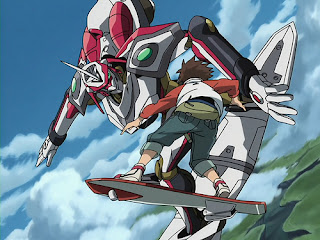 The mecha design was also refreshing, The Nirvash type ZERO was an interesting spin on the typical Mecha...a variable that can transform into a car. I like the idea that the Mecha also require a ref board to stay airborne. Unlike many anime that I've seen that feature large Mecha the Nirvash and the END were an interesting cross between a biological entity and a machine. Clearly there was a symbiotic relationship between the pilot and the mecha. And as Eureka evolved so did the Nirvash type ZERO.
As previously mentioned there are aspects of Eureka Seven that remind me of my favorite anime series Macross, and then there's this scene from episode 26 Morning Glory which is the greatest homage to one of the greatest Anime series ever.

Eureka Seven is an absolute must see for any fan of anime! For many younger viewers Eureka Seven might be their introduction to the world of anime and will have a lasting place in their heart.
Eureka Seven is without a doubt in my top 5 favorite anime of all time!

Posted by XxSITHappensxX at 11:11 AM