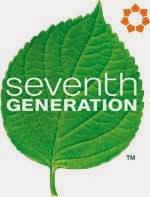 For me the seventh generation began February 2008, when I finally got an 80gig BC (via emulation) PS3. It came with Motorstorm ....not exactly a system seller but it filled the void for a while.The PS3's momentum began at a crawl but continued to progress steadily through this generation to where we are at now....going into the 8th generation with focus, determination and alot of positive momentum!

I've been playing video games since Gen 1 and I'm fairly certain that I've played more games in the last 5 years on my PS3 than I have on any other console from previous generations! So I'm going to attempt a quick and dirty recap of all the games I've played this generation.

Motorstorm
1942- Joint-Strike
Mega Man 9
Linger in the Shadows: I don't know what possessed me to buy this but it certainly was a unique "game" experience...

Metal Gear Solid 4: Guns of the Patriots
Metal Gear Solid: Peace Walker HD
LA Noire: Haven't played enough to give a legit review...I will say, based on the time I've spent on this game I'm a terrible detective!
SSX - I really had high hopes for this game...it wasn't bad but it fell waaaay below my expectations
Bioshock
Bioshock Infinite: I started this but then The Last of Us launched and well haven't gotten back
Skyrim: I got this game from a guy at work, I escaped the execution and navigated the dungeon to the wilderness....that's as far as I've played....not enough time spent to give a legit review.
Okami HD
Ni No Kuni: Wrath of the White Witch: I got this February 2013 and have a few hours spent but not enough to give a legit review. The little I have played so far is gorgeous and very touching.
Red Dead Redemption
The Last of Us
Grand Theft Auto IV
Grand Theft Auto V
Mirror's Edge
inFAMOUS

Posted by XxSITHappensxX at 1:52 PM