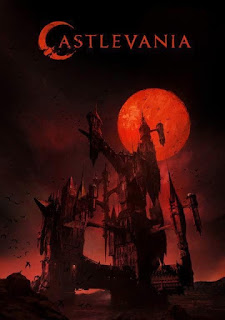 When I first heard about this I was hopeful....still am.
I've been playing this franchise since the original you see in this clever teaser. Can't wait to check this out!

Posted by XxSITHappensxX at 7:07 PM No comments: 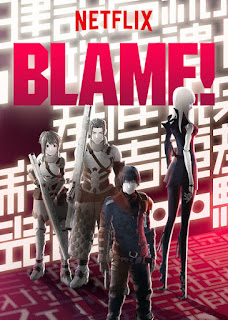 Watched Blame last night, visually it wasn't bad, the color pallet and character design reminded me of Knights of Sidonia (same production studio), but thankfully without the creepy elastic alien phallic creature! I really wasn't able to get emotionally vested in any of the characters, which apparently is true to the Manga....characters survive just as long in BLAME as in Game of Thrones and TWD. The environment in BLAME is supposed to instill a sense of dread, hopelessness and endlessness but I never felt that in this movie. Also the sound track didn't do anything for me either in fact I preferred the sound track from the ONA (below).
All in all the NETFLIX BLAME! movie by Polygon has the same sterile, muted visual style like Knights of Sedonia, with an underwhelming soundtrack and characters that you never get enough time or info to get invested in....

Blame felt like a hollow blend of The Matrix and Terminator 2. Visually it's good but it just felt longer than necessary.

Posted by XxSITHappensxX at 5:00 PM No comments: 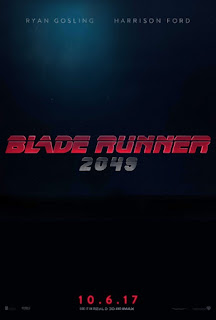 Like I said at the beginning of the year 2017 is gonna put us in the poor house with all the amazing movies coming out this year, Ridley Scott has potentially 2 huge films this year with Prometheus and now Blade Runner 2049!


I'm on the fence about Jared Leto, I have confidence that Ridley Scott chose the right actors for the roles but I still have reservations.....I have a feeling Leto is playing a relative of Eldon Tryrell.
I love the aesthetic of the new film, it feels like the original based on this trailer, but also gives the impression that the world is going to be expanded upon.
It's cool to see that Atari is still sponsoring the Blade Runner franchise LMAO! I'm not even sure if Ridley Scott needed to get permission to use the Atari logo at this point, I'm not even sure who owns the trademark any more.
I guess Gaff was right when he said. "It's too bad she won't live...but then again who does" referring to Rachael because Sean Young is nowhere to be seen.
I'm really excited for this film because I have absolutely no idea what is going to happen the entire film is a mystery at this point and I love it!
I'm going to attempt to stay as spoiler free as possible!

Posted by XxSITHappensxX at 3:25 PM No comments: