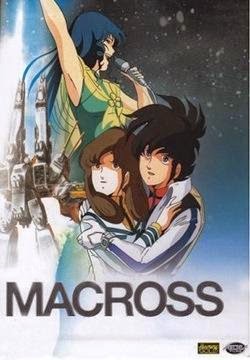 So last night I read that Sony now holds the screen rights for Robotech, Tobey Maguire tried and failed to get the "ship" off the ground, now Robotech is in the hands of three gentlemen who produced 300.

I feel like every few years I'm posting my trepidation about a live action/Hollywood produced Robotech film.
I'm not going to regurgitate my rants about how Robotech pales in comparison to the source material...Super Dimension Fortress Macross.
If interested you can read my thoughts here and here.
Regrettably, I feel now that Sony has the rights this train wreck is inevitable, fortunately I got off the Robotech train years ago, but this movie I fear is going to be a HUGE injustice to the source material and will barely scratch the surface of the heart of the Macross story.
I doubt we'll get any history of the Unification Wars and the events leading up to crash on South Ataria Island.
I doubt we'll hear anything about the Supervision Army.
I highly doubt we'll hear about the Protoculture! Although if Sony wants to make this a franchise they definitely need to include the sub plot of the three micloned Zentradi spies Conda, Warera and Loli that infiltrate the Macross to learn about human culture.
I doubt we'll have a real Japanese actress (that can sing) play the role of Lynn Minmay,
I doubt we'll have the main character named Hikaru Ichijo
I doubt we'll have the character Roy Focker, I hope we do and I may be in the minority but I would prefer if he dies like in DYRL not in SDFM.
Bridge bunnies better be in the movies!
Captain Global, Claudia LaSalle, and Misa Hayase all must be in this movie absolutely no exeptions! And I am casting Hayley Atwell (yes agent Carter) as Misa, Danai Gurira as Cluadia, and Gary Oldman as Captain Global....
I absolutely can't see this Robotech Macross film being done in one single movie! If they're gonna do it right IT HAS TO BE 3 MOVIES!!!!
The first movie should begin during the Unification Wars up to the Macross returns to Earth.
The second movie should begin right where the first ends and conclude with Britai and Exedol defecting and joining forces with Global and the SDF-1
The third movie needs to basically cover episodes 27 - 36 the remnants of Humanity and the surviving Zentradi dealing with the early days of co existence up until Quamzin's final suicide attack on the Macross.
And then the fateful final meeting of Hikaru, Minmay and Misa.
Then after the credits show the Megaroad departing earth as a certain Galactic Idol performs Ai Oboete Imasu ka?? for a packed concert

Don't Fuck this up Sony! Macross has the potential to eclipse Star Wars.....
Posted by XxSITHappensxX at 11:54 AM No comments: 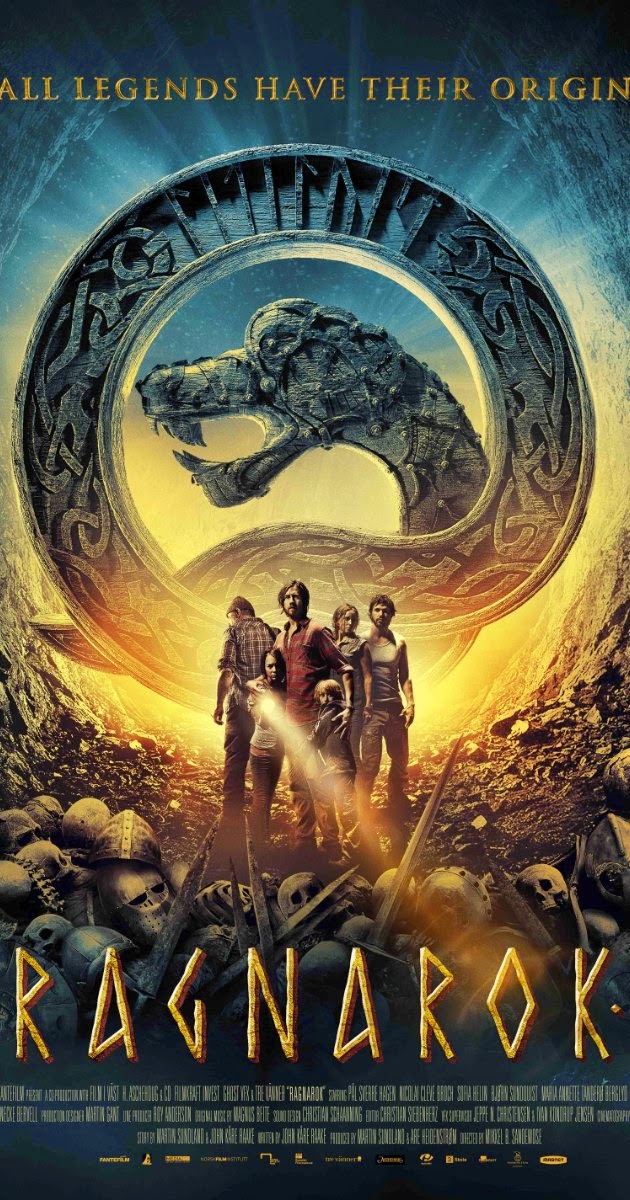 One part One Part Indiana Jones, one part The Decent, one part Anaconda and a dash of The Lord of the Rings.

Ragnarock isn't a bad movie, in fact I rather enjoyed it mostly.....mostly. I was completely sold on the archaeology and Norse mythology, the main character, Sigurd, had me sold me as an archaeologist who seemed bound and determined to prove his theory that Vikings had traveled as far north as Finnmark Norway. He organizes an expedition with his archaeologist buddy Allan, his two kids and Allan's female friend, Elisabeth, with their trusty guide Leif (no not Erickson) they head off to prove the correlation between an excavated Viking ship and the myths of Ragnarok.
Once the fellowship reaches the barbed wire fence we begin getting a sense of danger, and it's not until we arrive on the eye of Odin (an island in a lake) that a real feeling of fear and paranoia sets in but then Ragnarok kinda looses it's edge when Leif shows us his hand.
And by the end, when I was expecting something more mythic or extraterrestrial we're given a giant lake serpent! And only one money shot of it...
And WTF is Allan's deal, one the one hand he's pulling a Carter Burke by bringing back one of the babies but also stick's around to save his friends as they're dangling like bait on a hook....ya can't be the hero and the greedy opportunist in the same movie bub.

Simply put I've seen much worse movies that have somehow made alot more money at the box office......Ragnarok made a whopping $1,300 at the box office last year from 8/22-9/11 so I don't think we'll be seeing Ragnarok II Sigurd Svensen and the Quest for Mjolnir.
C+
Posted by XxSITHappensxX at 8:10 PM No comments: 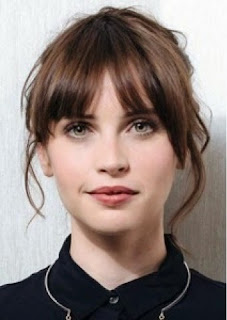 So far all I know is Felicity Jones is confirmed to star in it, and from what I've read she's playing Sabine the Bounty Hunter from Star Wars Rebels. The time period is unknown but rumors of a group of bounty hunters hired to retrieve/ steal the first Death Star plans is still a possibility. 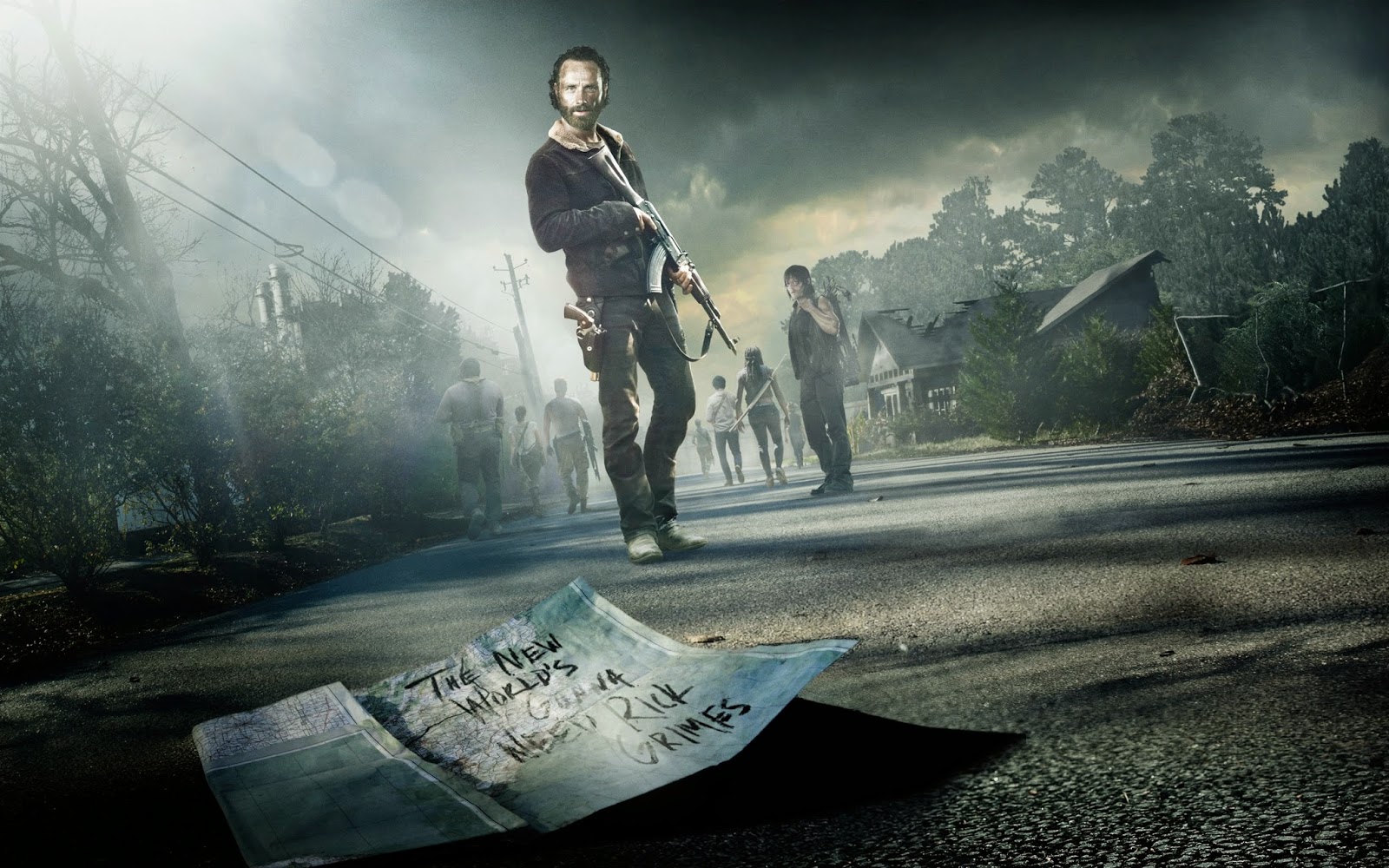 Great episode last night! I found it so fascinating how after all these years of watching this show I found it as bizarre as Rick's group found it.
Interesting how we see Rick and his group in a heroic light when they're "out there", but when placed in a normal domestic atmosphere they come across in a very different light! To the good people of Alexandria Sasha must come across as slightly unhinged but I totally understand why she's behaving the way she is. These people are talking about crock pot recipes and acting like everything is fine but Sasha knows......SHE KNOWS! I loved her Charlton Heston Planet of the Apes moment.

Buttons the horse, wild and free, no one will ever catch you....never break you...a great metaphor for the group's domestication in Alexandria and more likely than not foreshadowing of things to come.

When was the last time Rick got laid? Season 1? I think Rick just broke out of Jesse's friend zone with that kiss...
So now Rick is pulling a Shane and crushing on someone else's wife. I'm really unsure about Jesse's husband, Pete, he came across as a "porch-dick" last week and this week he seemed like a totally normal guy. I think we may have another Ed Peletier (Carol's dead husband) on our hands.
Speaking of Carol...best bed time story teller ever! SCarol even creeped me the F out poor Augustus Gloop must've shat himself!!! I think Carol may be inadvertently cock blocking Rick...

This episode was chock full of apocalyptic hilarity, take Daryl and Aaron for instance, they are the apocalyptic odd couple! Last nights episode took place on a tuesday....know how I know?? Aaron was serving SPAGHETTI!!!
Anyone see Enid at the party last night? Yeah neither did I.
Lessons I learned from last night's episode
~ You can make chocolate chip cookies with appy sauce
~ If you're out of Squirrel, Snake and Possum...spaghetti will suffice
~ Katana's make great wall art
~ apparently animals that get bit by walkers don't turn
~ Daryl deserves an undead black stallion!
~ NEVER tattle on Carol! 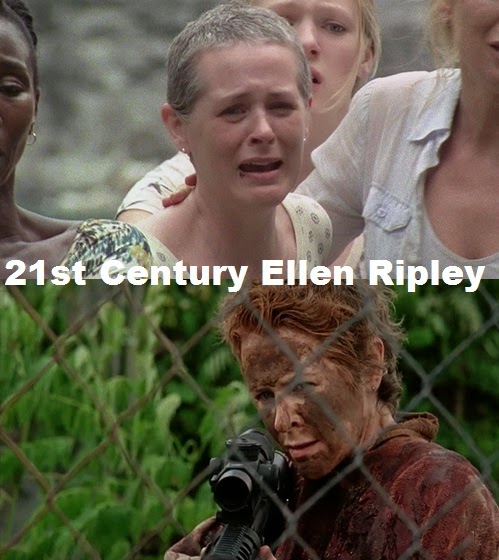 Posted by XxSITHappensxX at 6:14 PM No comments: 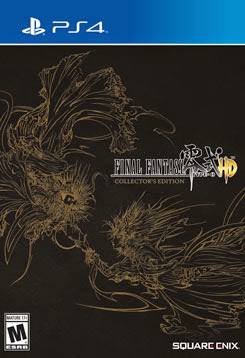 I really wanted to get  this game when it was announced last year but alas real life has fucked me and I have yet to buy my PS4! The 3 reasons I wanted to get this title is it never made it stateside when it was released on the PSP, It's rated M 17+ and it comes with a FFXV demo if preordered via Amazon.
Oh well maybe some day.....

Posted by XxSITHappensxX at 12:07 PM No comments: 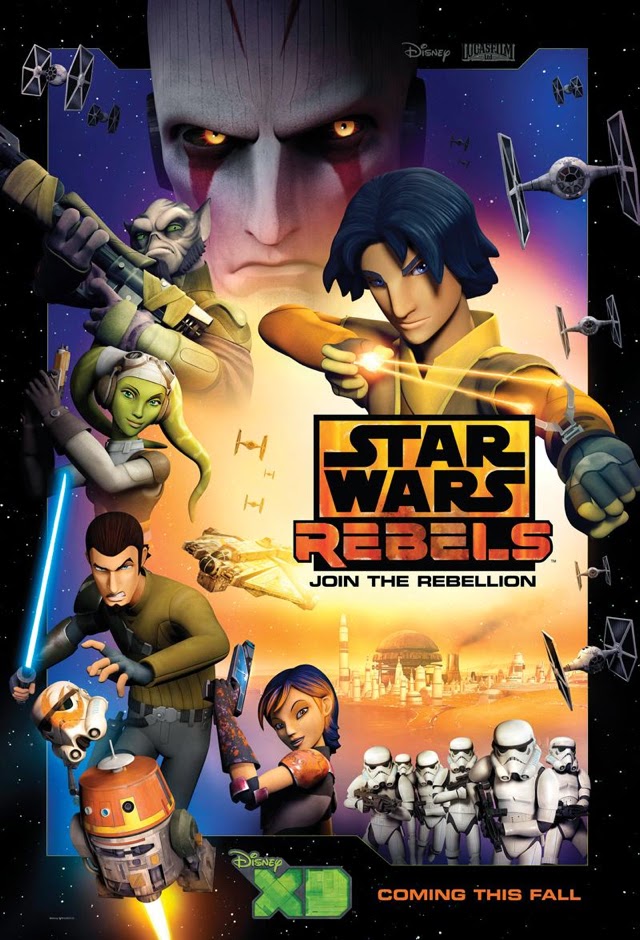 My interest in Rebels has been teetering for the last few episodes, after binge watching all 5.5 seasons of The Clone Wars back in December this show feels very limited in scope and this is supposed to be a bridge between RotS and ANH it seems rather dull. The troopers from The Clone Wars were highly skilled, battle hardened soldiers and the troopers in Rebels are embarrassingly inept...it's hard to believe they degraded so rapidly since RotS.
I have my fair share of reservations about SW Rebels but seeing Ahsoka was a pleasant surprise! I'm hoping season 2 expands on multiple rebel cells, actually they could focus on an entirely different cell and I'd be fine with that. Of the cast I'm really not feeling Ezra Bridger all that much.
Too bad for Kanaan, because I like his character but I couldn't care less if his Padawan ate a lightsaber blade...
I also think Sabine has alot of potenial and I was excited to hear her character will be in Gareth Edwards 2016 Star Wars spin off movie!
I do appreciate how they've blended McQuarrie's early designs for the Wookies (Zeb), R2 (Chopper) and Vader into Rebels visual style. 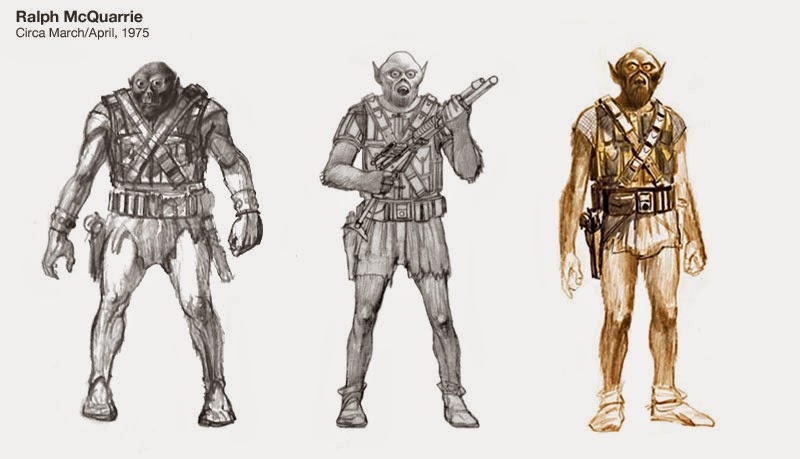 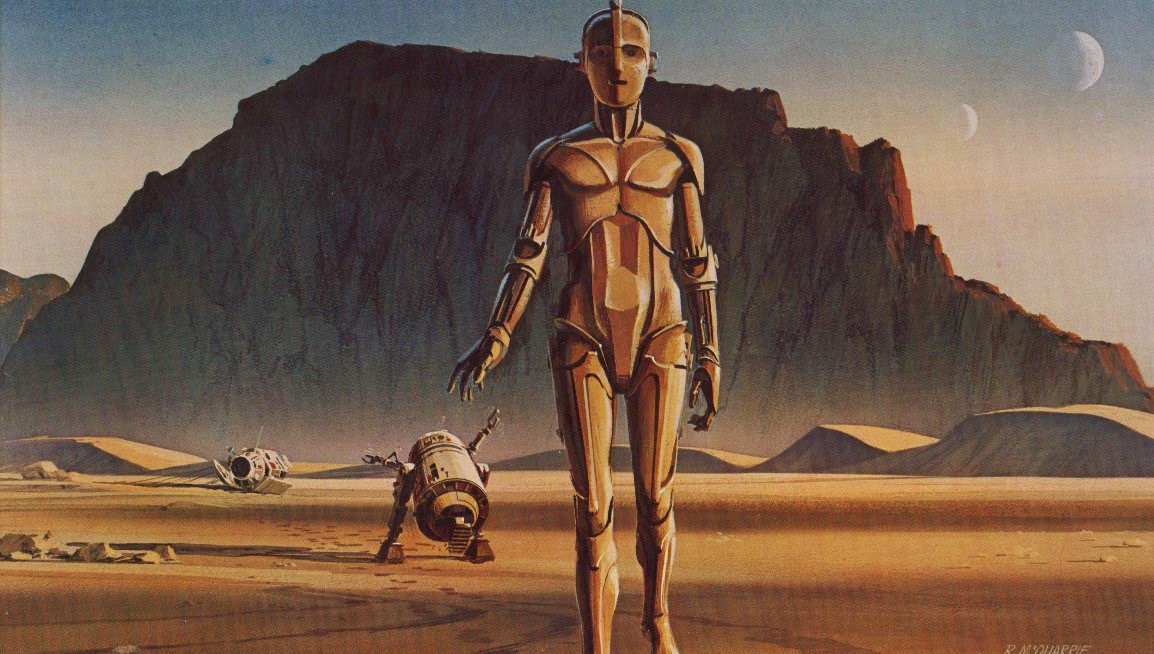 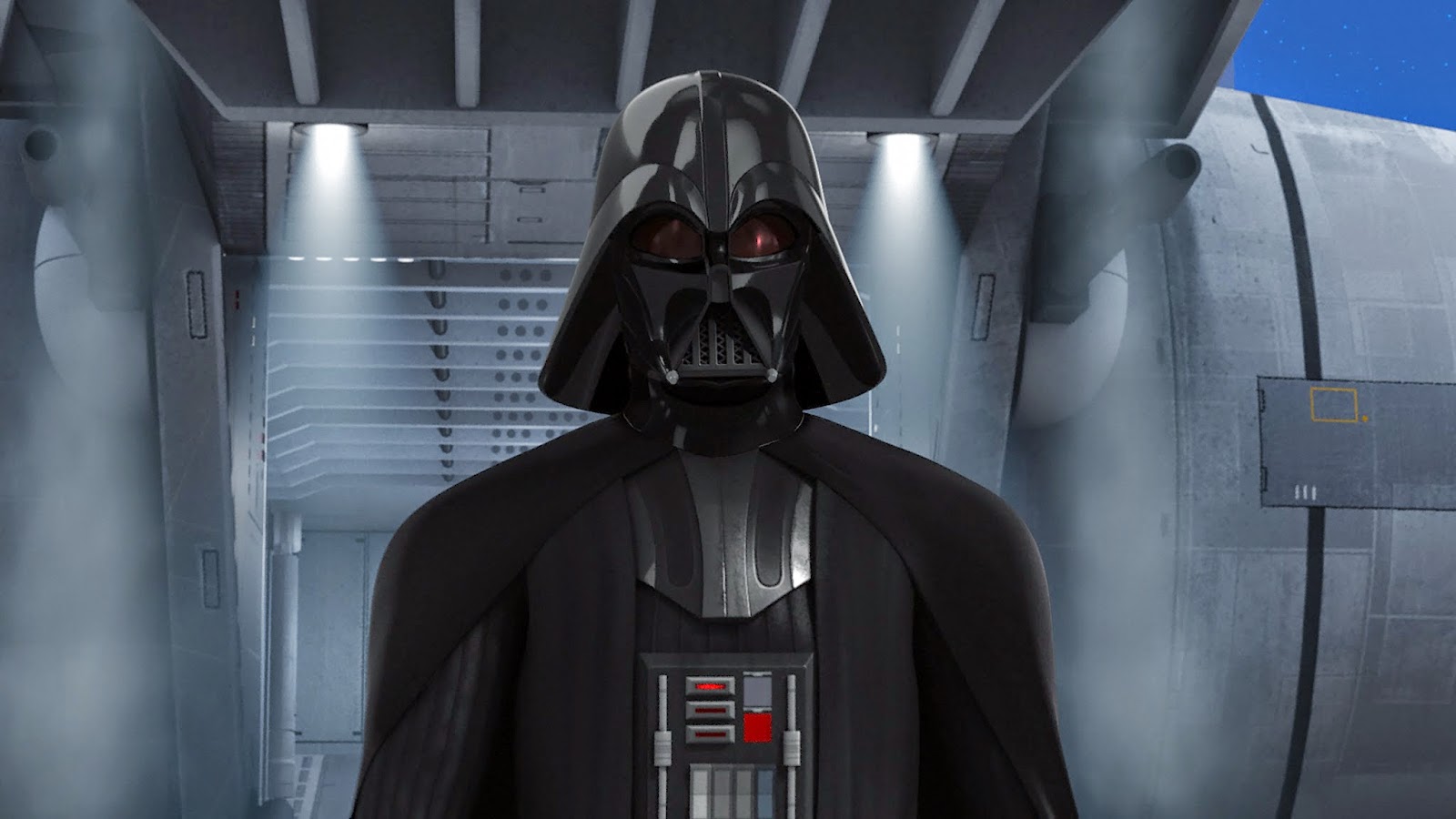 As I mentioned it's a nice way to pay homage to McQuarrie's vision but the art direction betrays the target audience, it appears more cartoony that The Clone Wars but then you get the Inquisitor who is was a bit unnerving for my 5 y/o son and scenes where Kanaan is being tortured. I'm also curious what the Inquisitor meant by thing's far worse than death...I'm guessing he means what happened to Anakin... 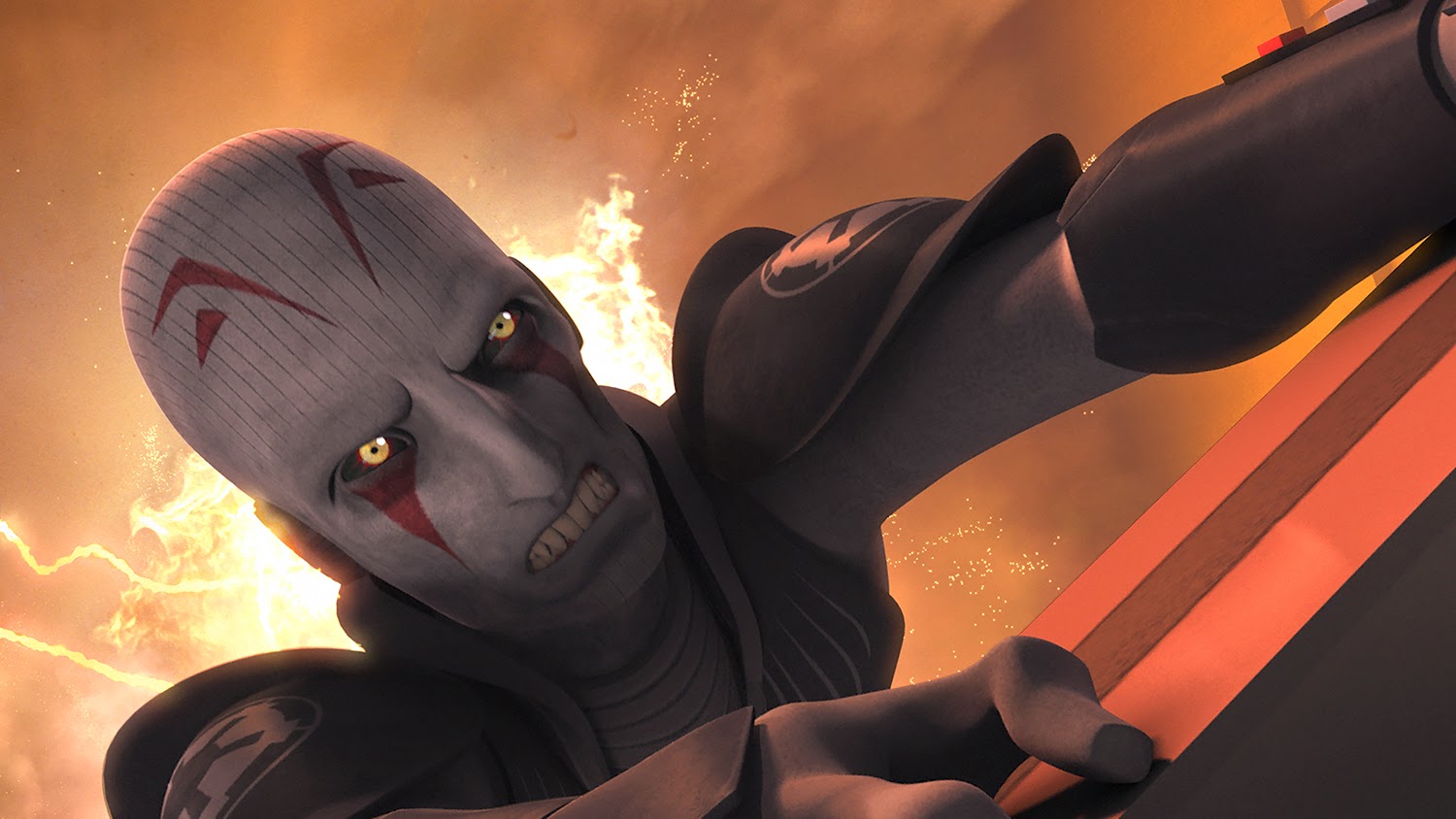 To summarize Anakin saved Ahsoka in SW The Clone Wars and I think for many Ahsoka saved Kanaan and the crew of the Ghost in more ways than one...
So glad she's back, I wonder if she knows what her former master has become? 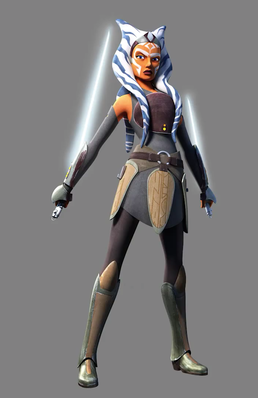 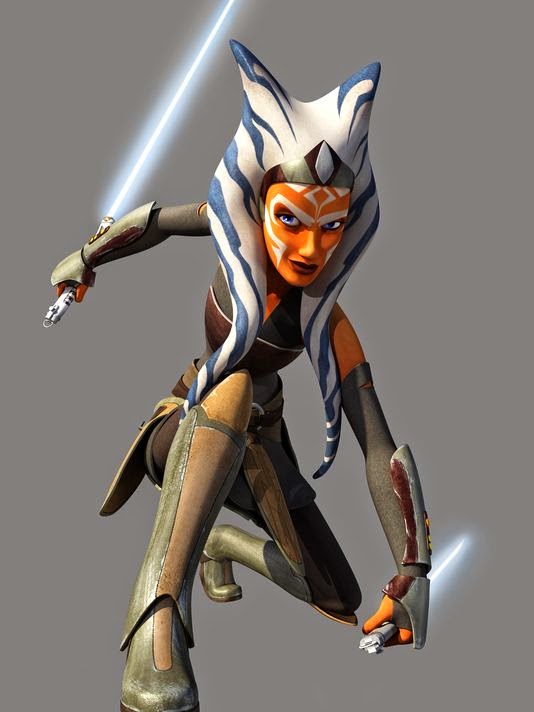 Posted by XxSITHappensxX at 10:03 PM No comments: 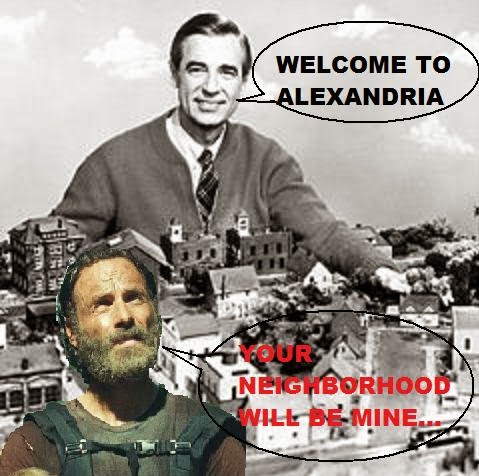 I'd like to start this off with a childhood friend I remember who would welcome Rick's family into his neighborhood much the way Deanna did last night...Mr Rodgers! 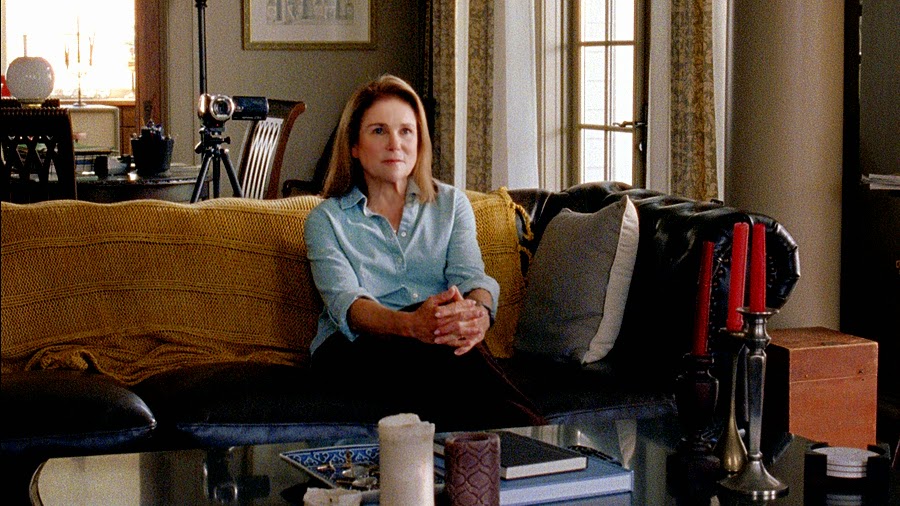 Unlike last weeks episode this week I actually have some thoughts to share...
First off as a former Sheriff I'm kinda shocked Rick doesn't sense Alexandria has some issue! I shouldn't say that because he did, when he questions Deanna's reasoning for opening their gates to a group as feral looking as are. As a politician she aptly diverts the conversation just enough to avoid telling Rick their problem....
I loved watching the recordings of the interviews, especially Carol's!!! She is masterful at spy work! I love how she fed Deanna the whole mother hen story, agrees to bake for the ol folks, and then at the end she tells Rick this place will make us weak! Damn Carol you are one smart survivor! Daryl had me laughing with the possum, it obvious he's not feeling this place at all, and Glenn he's showing signs of PTSD....he needs Alexandria, Michonne wants Alexandria, the rest we'll see in the following weeks.
Rick and the group find the luxuries of running hot water, throw pillows and video games and the shit we take for granted in our every day lives unnerving. The people of Alexandria go about their daily lives as if the horrors beyond the walls doesn't exist....and this is exactly what Carl and Carol mean when they tell Rick that this place will make them weak.
Things of note, the girl Carl meets, Enid, jumping the wall obviously doesn't want to be spotted....why? Where did she disappear to? to the 3 excommunicated residents?

And who took Ricks pistol with the J on it (we all know what thats for....shudders)
Oh dangit someone took the walker I chained up, I absolutely loved the scene where Glenn fuckin shut down Aiden,
A:"You're not ready for runs yet"
G: "pretty sure you got that backwards"
Fuck yeah Glenn!
And Daryl pacing like Darth Maul HELL YEAH!
Obviously Alexandria doesn't know who they're dealing with!

Posted by XxSITHappensxX at 1:54 PM No comments: