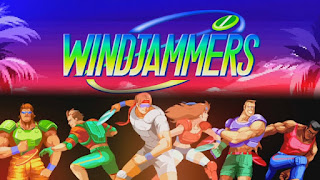 I've been a gamer since the Atari 2600 days I've seen the spectrum of video game commercials and trailers and this one is so keenly aware of awfulness it has risen to greatness! I don't quite understand how this game was in contention to be at EVO this year but this 23 year old Neo Geo game totaly reminds me of Super Dodge Ball for the NES!
There needs to be a Video Game trailer/Commercial awards show and this needs to win!

Posted by XxSITHappensxX at 2:40 PM No comments: 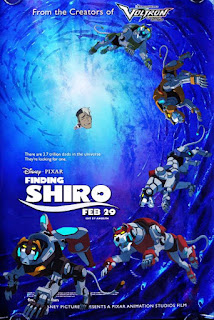 Season three of Voltron Legendary Defender was shorter than the previous two seasons by 6 episodes and it was noticeable because each of the seven episodes was near perfect! And the season finale was incredible!
What Episode 7 "The Legend Begins" has done is to elevate Emperor Zarkon, Prince Lotor and Haggar beyond the 1 dimensional (I used that word on purpose) villains they were in the original US TV series, it made these 3 tragic hero's and in doing so opened the flood gates of story potential. 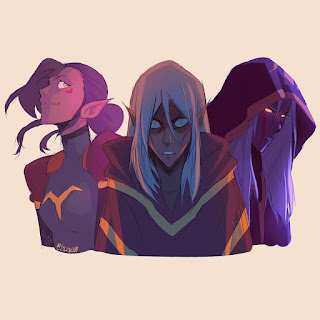 Within the first 5 seconds when Haggard taps into Zarkon's sub conscience memories and see's the Altean girl (Honerva) I knew right then and there we were going to be witness to the tragic fall of Zarkon and the confrontation between him and his closest friend and ally King Alfor. Their story felt very similar to Obi Wan and Anakin's fate. 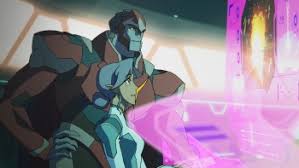 I really like the new Lotor, he may look the same but this Lotor has piloting skills that would make Isamu Alva Dyson blush, and he is quite the military and political strategist on Par with Grand Admiral Thrawn. 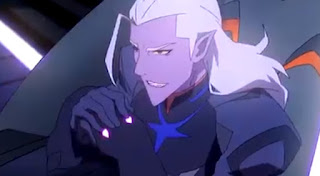 After watching the season I'm gonna make a prediction that Lotor's team, which happens to mirror the Voltron Paladins will each be piloting a vehicle made from the multi dimensional comet Lotor acquires in episode 30 "Hole in the Sky". And these vehicles will combine to form a giant robot equal to Voltron! 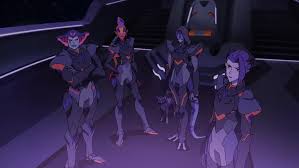 And here's the teaser trailer for season 4!

Posted by XxSITHappensxX at 7:08 PM No comments: