By the year 2067, Earth has been ravaged by climate change and humanity is forced to live on artificial oxygen. An illness caused by the synthetic O2 is killing the worlds' population and the only hope for a cure comes in the form of a message from the future: "Send Ethan Whyte". Ethan, an underground tunnel worker, is suddenly thrust into a terrifying new world full of unknown danger as he must fight to save the human race.

A mythic and emotionally charged hero’s journey, “Dune” tells the story of Paul Atreides, a brilliant and gifted young man born into a great destiny beyond his understanding, who must travel to the most dangerous planet in the universe to ensure the future of his family and his people. As malevolent forces explode into conflict over the planet’s exclusive supply of the most precious resource in existence—a commodity capable of unlocking humanity’s greatest potential—only those who can conquer their fear will survive.

A Tribute to Movie Squibs

Film makers use a blood squib to create gunshot effects and blood splatter. In case you weren't sure, a squib is a miniature explosive device used in a wide range of industries, from special effects to military applications. Add the blood and you have a blood squib that mimics what it would be like to get shot.

Posted by Flyblind at 4:30 PM No comments:

Bond has left active service and is enjoying a tranquil life in Jamaica. His peace is short-lived when his old friend Felix Leiter from the CIA turns up asking for help. The mission to rescue a kidnapped scientist turns out to be far more treacherous than expected, leading Bond onto the trail of a mysterious villain armed with dangerous new technology. 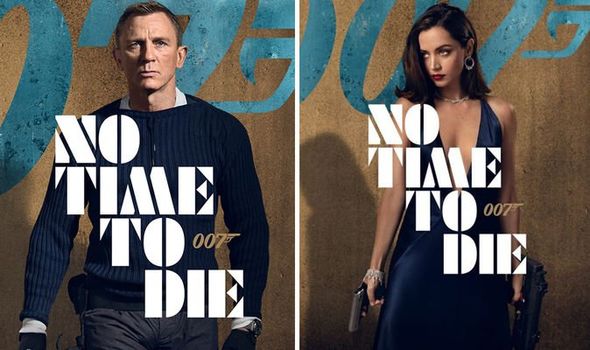 Set in the year 2092, Earth is in ruins, and crews of salvagers fight amongst themselves to try squeeze out as much money as they can from the scraps. There’s the pilot (Song Joong-Ki), the captain (Kim Tae-Ri), the Engineer (Jin Seon-Kyu), and their weapons robot (Yoo Hae-Jin). It’s a hard life, and the crew has been down on their luck.

The crew comes across an abandoned ship and opens it up, only to find what appears to be a small girl. But it’s not a girl — it’s a deadly android that doubles as a bomb. While some of the crew want to sell the android, their captain forbids it. Judging from the rest of the trailer, it looks like their rivals are thinking the same thing. There’s gunfights, hand-t0-hand fights, space battles, lots of things blowing up, spaceships, and quite a bit more. 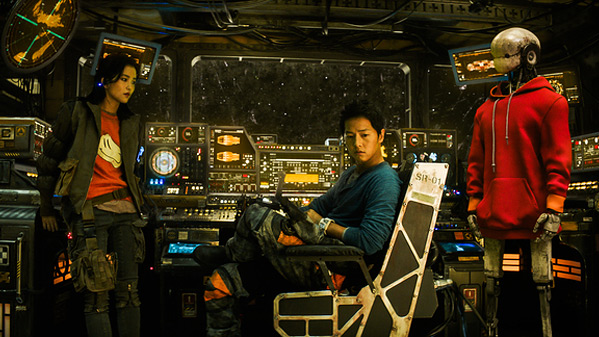 Posted by Flyblind at 5:53 PM No comments:

Ruby Rose proves she isn't one to be messed with in The Doorman first look.

"In the film, I play Ali, who is an ex-Marine who experienced a lot of trauma in her last job," Rose tells EW. "She returns back to New York to work on healing herself and start a new chapter of her life, where she's offered a job as a doorman. She ends up being in the wrong place at the wrong time and ends up witnessing a robbery taking place and she has to return to the roots of her training to try to outsmart a lot of very dangerous people."

Beauty Water is a horror-thriller animated film that examines a girl’s downward spiral as she tries looking more beautiful to improve her socioeconomic standing.  In the movie, beauty water is a magical cosmetic solution that allows anyone to sculpt and mold their body to appear as attractive as they want. Yaeji, the main character, goes to great lengths to appear beautiful— and unlock all the desires she couldn’t fulfill when she was kilograms heavier. Unfortunately, her actions have frightening consequences.

Beauty Water accurately reflects this stark socioeconomic reality through its own take on the beauty transformation trope. As her heavier past self, Yaeji received ridicule for being “lazy” and not putting effort into losing weight. After using beauty water, Yaeji gains confidence and a lucrative career as a model. She blames her past appearance for all her lost opportunities, and feels revolted by her old self.

Maybe surprising to some, it’s a good sized teaser trailer. Production on the film shut down by the pandemic, but the footage Reeves brought to DC’s FanDome virtual convention is a pretty good glance at what fans of the caped crusader should expect. Like always in Gotham City, crime is running rampant, and some nefarious force is trying to get to Batman. The story takes place about two years into Bruce Wayne’s career as Batman, a period when he’s still just a masked vigilante. Reeves stressed that Batman isn’t Batman yet, and there are people “who are afraid of him, quite frankly.”

The trailer also introduces a few key characters, including Jeffrey Wright’s James Gordon and Zoe Kravitz’s Catwoman. Andy Serkis’ Alfred can also be heard. Reeves stressed that many of these characters are still coming into themselves; Selina Kyle is not Catwoman yet, for example. Both The Riddler and The Penguin are also early into their own criminal careers.

“The Batman” is set to open in theaters October 1, 2021 in select 3D and 2D and IMAX theaters and will be distributed worldwide by Warner Bros. Picture

Fast forward to the 1980s as Wonder Woman's next big screen adventure finds her facing two all-new foes: Max Lord and The Cheetah.

Robotics company teams up with a corrupt CIA agent trying to position themselves to win a lucrative military contract. They illegally airdrop 4 prototype robots into the middle of the infamous Golden triangle to perform a live field test on unsuspecting drug lords that the world will never miss.  Volunteer doctors witness the murder of a village and become the targets. 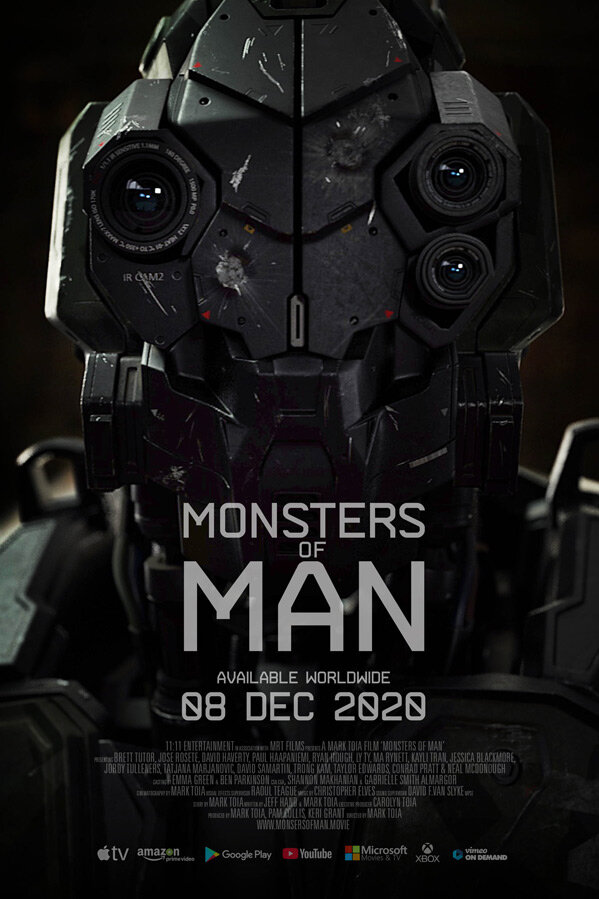 Posted by Flyblind at 1:06 PM No comments: