The Hobbit: The Battle of the Five Armies Trailer 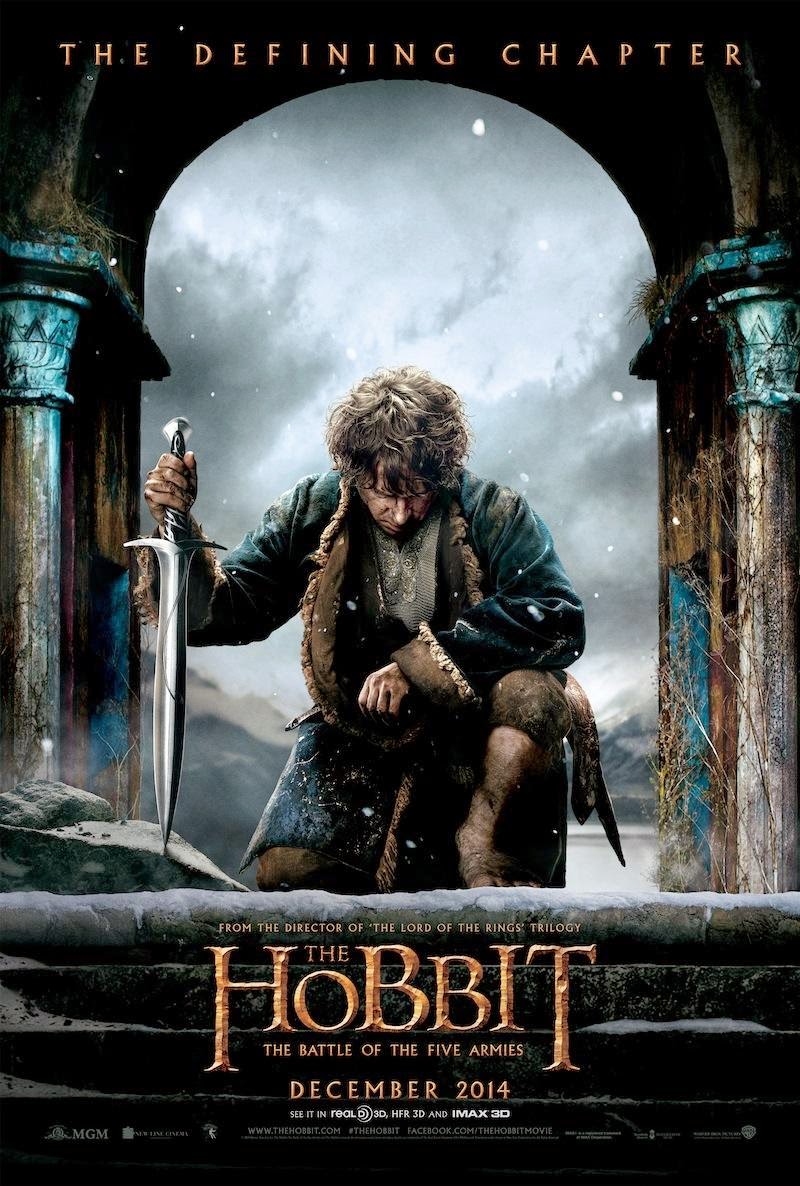 Here's the trailer for sequel to the sequel to the Prequel of the Lord of the Rings Trilogy that was written after the Hobbit by J.R.R. Tolkien which was originally planned to be 2 movies that later became 3 and feels thin like butter spread over too much toast....here's hoping this IS the defining chapter because this trilogy pales in comparison to the LOTR trilogy.
Posted by XxSITHappensxX at 5:18 PM No comments:

Email ThisBlogThis!Share to TwitterShare to FacebookShare to Pinterest
Labels: Movies, The Hobbit: The Battle of the Five Armies, Trailer

Awesome trailer for Sin City: A Dame to Kill For from SDCC 2014!
I love the visuals of these movies, like live action graphic novels!

Posted by XxSITHappensxX at 4:55 PM No comments:

Email ThisBlogThis!Share to TwitterShare to FacebookShare to Pinterest
Labels: Movies, SDCC, Sin City A Dame To Kill For, Trailer

UNLIMITED AWESOMENESS!!!!!!!!
Some combinations are just too dam cool for man kind to handle! Chocolate and Peanut butter, Surf and Turf, and now Darth Vader and the Batmobile!
The Darthcar best show up at the NY auto show next year!

Posted by XxSITHappensxX at 4:36 PM No comments:

Posted by XxSITHappensxX at 3:11 PM No comments: 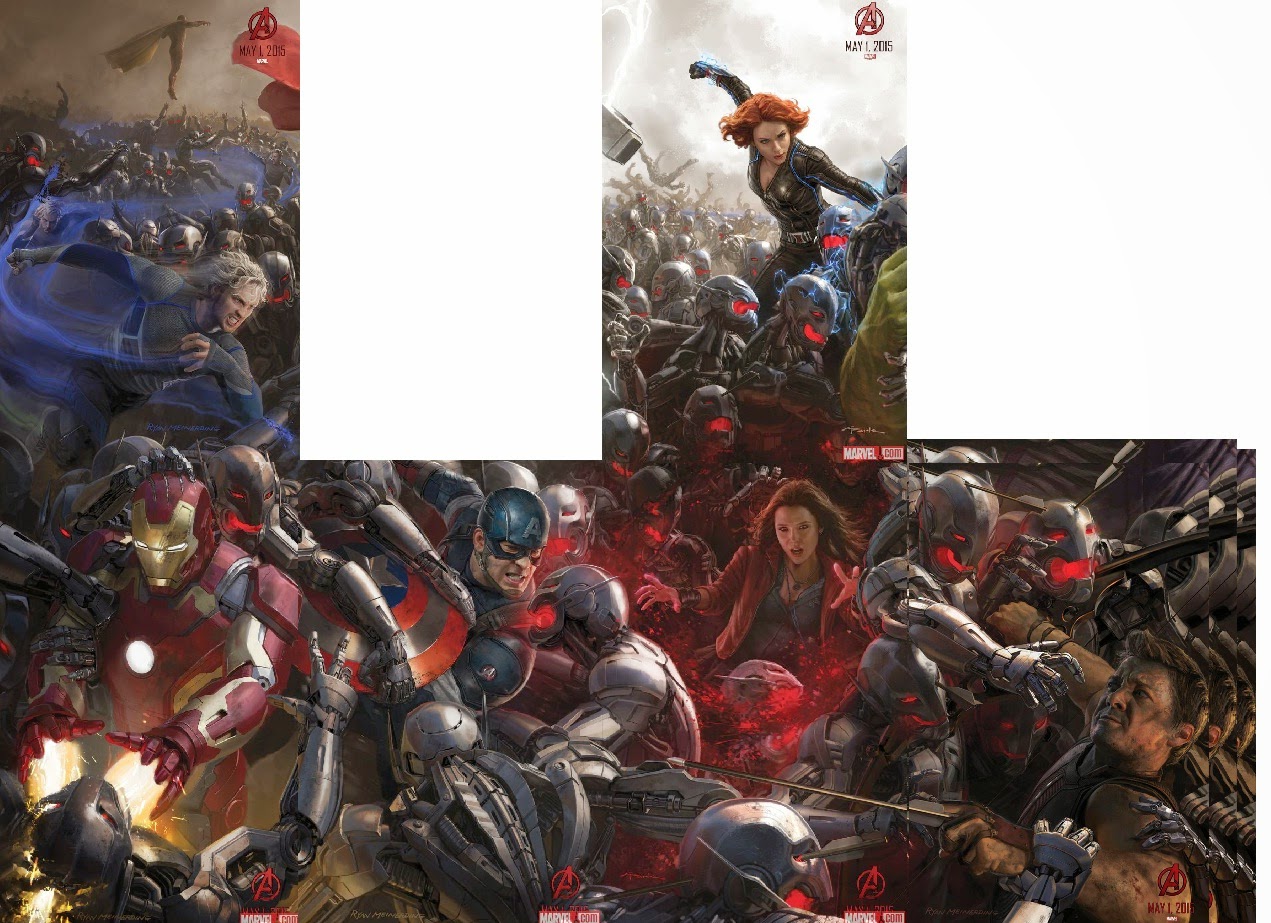 I've been following the Marvel SDCC announcements this weekend and have been piecing together all the Avengers 2: Age of Ultron character poster reveals and this is where I'm at. I expect today we'll get Thor and Hulk and I'll be able to complete this fun little puzzle. 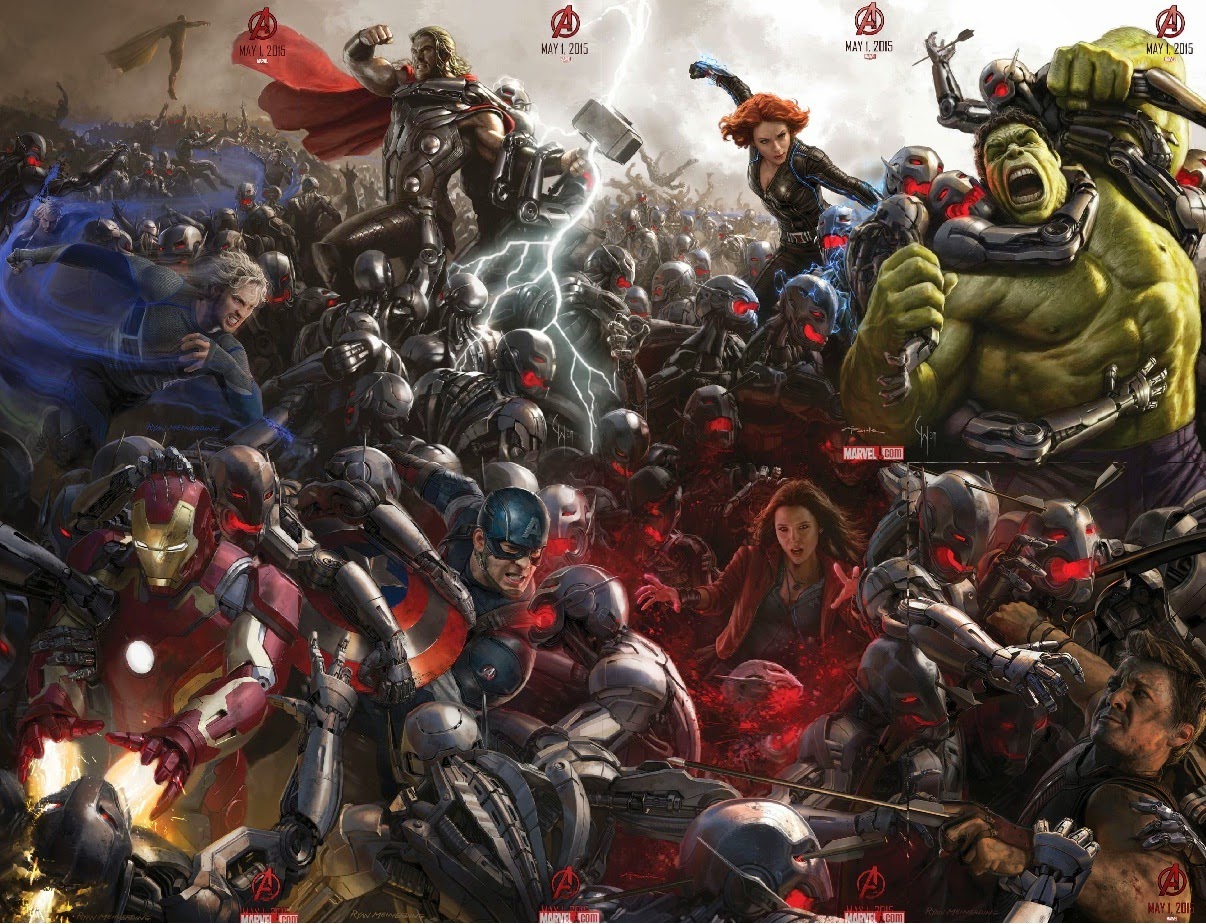 Posted by XxSITHappensxX at 2:11 PM No comments:

Ughh 2 and a half more months still!
Somehow Carol and Tyresse are gonna save the group but not before they get some good ol fashioned as whoopins! God my faith in humanity is fairly low now but in this apocalyptic future I'm starting to think maybe we should just say fuck it, the remnants of humanity are all A-holes except our merry little fellowship.
Anyway season 5 should be titled TWD: roadtrip to DC! They should try taking a short cut and get to a bridge and "jump it" only to have all 4 wheels fall off and as they're walking away the car blows up!
I've watched the trailer enough times to say I've got a bad feeling about Daryl....
I think the excellent adventures of Bobby Stookey come to an end in Terminus at the hands of Gareth, oh well.
And Beth! Beth you're ALIVE and apparently in incarceration for J walking or something, I'm actually relieved you aren't a burger at Terminus' annual BBQ cook off!

Posted by XxSITHappensxX at 5:00 PM No comments: 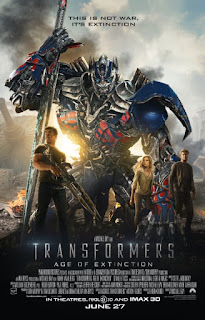 Who in their right mind is paying money to see this shit?
Even with the talents of Stanley Tucci, Mark Wahlberg and Kelsey Grammer this movie couldn't be saved.
God Bless Mark Wahlberg for trying he gave it his best but these Bayformers movies are just so bad! AoE piggybacks off the insipid Bayformers Dark of the Moon to continue our agony...
So Kelsey Grammer has pulled the Autobots green card and uses some black ops group to hunt down and kill them. Then he allows Stanley Tucci's character to "harvest" their parts to build humanities own Transformers.
And while all this is going on there's a cybertronian bounty hunter called Lockdown trying to collect Optimus Prime. He never says who he's working for but we know.....
Lets just cut to the chase because writing about this movie is giving me a headache..... 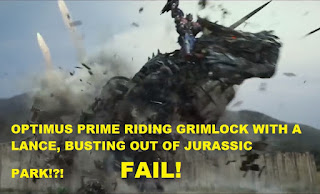 If you never see Transformers: Age of Extinction you will not have missed a thing.
For the love of all things sacred and Holy STOP MAKING THESE AWFUL MOVIES!!!

C-
Posted by XxSITHappensxX at 2:04 PM No comments: I just completed the first season of Knights of Sidonia based on the Manga written by Tsutomu Nihei.
The basic gist is the Earth was destroyed by an alien entity named Gauna thousands of years ago that can morph into what ever it consumes. The remnants of Humanity escape in giant ships that look like elongated pencil sharpeners, aboard the Sidonia, we see civilians and military exist within the confines of the Sidonia. The military use mecha called Gardes to defend the Sidonia against the Gauna. A young man named Nagate emerges from deep within the bowels of the ship and demonstrates superior piloting skills. He is immediately enlisted as a Garde pilot by Captain Kobayashi.
After reading Hideo Kojima's praise for KoS, I was intrigued. So I set aside a few hours and watched all 12 episodes.
The Knights of  Sidonia anime has a very sanitized look to it, not meaning everything in the anime has a pristine appearance but rather a minimal use of color. The closest comparison I can come up with would be the game Mirror's Edge. There's a heavy focus on achromatic color....grays, blacks, whites which lends a sense of realism to the show.
Unlike...

Funny thing is aside from the color pallet in Sidonia there are some similarities with Macross, episode 5 "Adrift" totally reminded me of Hikaru and Lynn Minmay's time together in the bowels of the Macross, and by the end I started getting the whole love triangle vibe between Nagate, Izana, and Yuhata....all Sidonia needed was a Miss Sidonia contest....

At first I was overwhelmed by all the different characters and had a difficult time keeping track of who was who but the show did a decent job fleshing out the characters in the short amount of episodes and killing off enough that by the end of episode 12 I knew who was who and how they related to each other.
I also enjoyed the fact that by the end I had many unanswered questions regarding the mysteries within Sidonia, the Gauna, the Immortals, Placental Shizuka, fortunately a second season will be coming that will hopefully expand on this intriguing story.
My all time favorite anime is Super Dimensional Fortress Macross, it balanced the drama and and action better than Star Wars IMO and Sidonia seems to be following the same formula. The battle scenes against the Guana are tense and the stakes are always high. I like that the Gauna aren't just cannon fodder and cast members are all yellow shirts.....I didn't expect Shizuna to die right after being rescued by Nagate, that definately created some believable drama between Nagate and the other characters in Sidonia. And that balance betwenn action and drama is what will set this anime above many others.
There's also some fresh ideas in this series such as gender less humans that will develop into either a male or female based on there attraction to a certain gender, human photosynthesis to aide in food shortages during loooooooooong distance space travel (and what trip in space isn't long? Also I'm not sure how effective photosynthesis is in outer space :/)
I enjoyed Knights of Sidonia it reminds me of SDFM and I think this series has potential. Check it out on Netflix!

Posted by XxSITHappensxX at 6:08 PM No comments: