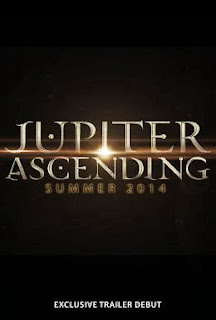 Jupiter Jones you have the DNA and chi flow of a galactic queen....but for now you best get back to unclogging my toilet bitch!
I think Mila Kunis is very talented and knows how to pick the right films, Channing Tatum has potential, and Sean Bean well he was Boromir and 008 in Golden Eye so he can be in what ever he wants.
This movie looks like an amalgamation of Mass Effect, The 5th Element, Blade Runner and the Hunger games...I am reserving judgement but whenever I see a trailer that says "From the Producer/Director of ____" I get nervous. Visually it looks cool but I think it also looks too epic to fit in just one film.

Posted by XxSITHappensxX at 11:48 AM