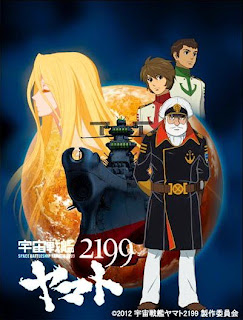 I'd like to believe I was introduced to anime in it's golden age, with my all time favorite series being Robotech  Super Dimensional Fortress Macross,  Star Blazers Space Battle Ship Yamato, Galaxy Express and then more recent stuff like Ninja Scroll, Ghost in the Shell, M0, M+, M Frontier.
I just recently discovered the remake of the original aptly titled Space Battleship Yamato 2199, and it looks amazing! I love the fact the character art resembles the style from the seventies series with modern tech designs and special effects!
This makes me hopeful that SDFM remake may actually be a possibility...

Posted by XxSITHappensxX at 10:45 AM