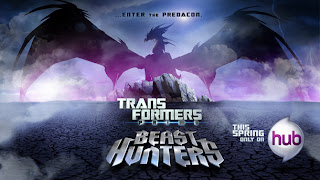 Finally! Fridays episode was chock full of all the ingredients that has made this show so great, Prime dies and meets "his maker" Alpha Trion.... but is brought back by the power of the Forge of Solis Prime! Ultra Magnus leads an assault on the Decepticon Citadel which doesn't go very well.
Shockwave gets pissed when the Predacon gets bridged to the arctic and he takes matters into his own hand  and leaves the Citadel to put the hurt on Bulkhead and Wheel Jack.
Megatron whoops Ultra Magnus's ass and then reminds him he's no Optimus Prime....which was great because the episode kept hinting that Ultra Magnus was going to become the next Prime.  But that didn't happen...In the Autobots darkest hour Optimus Prime returns with some upgrades! And proceeds to beat the shit outta Megatron! Optimus turned the tide and the Decepticons are forced to abandon Darkmount as it crumbles down.
There were some jems in this episode!
1. We get to see Alpha Trion again
2. Megatron kicking UM's ass and reminding him he ain't a Prime
3. Wheel Jack's laser whip
4. Shockwave kicking 2 autobot wreckers asses and letting them know their assault was highly illogical...."clarity of thought before rashness of action"!
5. Shockwave requesting a bridge out as Darkmount is crumbling down around him like a boss!

Posted by XxSITHappensxX at 12:29 PM