Return of the Tale Keeper 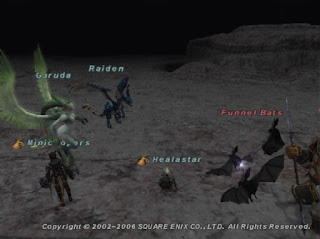 Recently I've been XPing as much as possible and have begun PTing back in the Garilage Citadel and when the PT invites are scarce I'd spend my time on the Mhuara-Selbina ferry fishing Nebimonites, which are selling for 25k a doz, been making decent gil off them.

I recently returned to Bastok and spoke to the gate guard, he said there was a new mission for me but I needed to speak to Medicine Eagle, who could be found near the ramp to Ore Street in Bastok Mines. Medicine Eagle told me of the appearance of a young Galka boy claiming to be the new Talekeeper. There were many skeptics among those Galka that rushed to see the heir of Raogrimm. Medicine Eagle then asked me to go find Drake Fang in the Zeruhn Mines. When I met Drake he explained that the boy was said to hold an Alteppa Moonpebble, just then one of the Mithril Musketeers, Iron Eater, showed up and told me my mission was to travel to Western Altepa Desert and retrieve an Altepa Moonpebble to confirm that this boy was trully the heir to the Galkan Talekeeper and not just a scam artist by collecting an authentic Altepa Moonpebble. My abilities as a Summoner had grown but I wasn't sure that I'd be able to defeat the Sphinx's that guarded the Moonpebble alone. Legend has it that in order to attain an Altepa Moonpebble one must defeat the Eastern and/or Western Sphinx's, feirce Manticores that lay dormant until adventurers come seeking the moon pebble, so I called upon Krogenar who had recently helped me defeat the Shadow Lord! He had recently attained level 75, with his help I was sure we could defeat the Manticores. While gearing up in Jeuno we ran into Jiggs and asked if he'd like to join us. 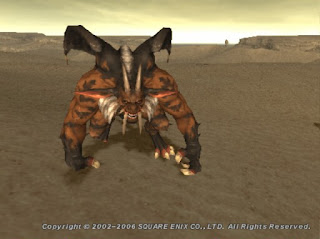 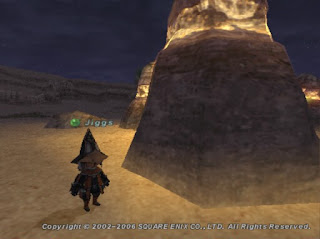 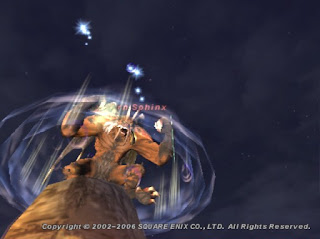 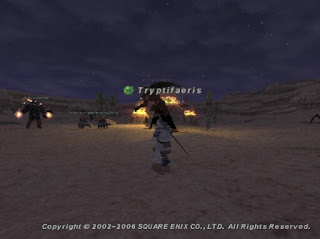 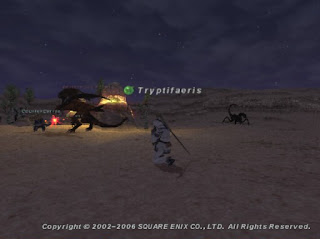 Posted by XxSITHappensxX at 9:23 PM