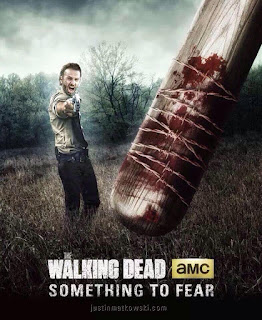 "Right off the Bat".....
Shit's 'bout to get REAL!
The second half of this season is really going for the jugular!
Last season I Googled Negan and read a little so I kinda know how things may turn out based on the graphic novels.
First off this Crazy love triangle with Abe, Sasha and Rosita......I don't care.
Second Jesus totally breaking out and doing a 32 point inspection of Alexandria without ANYONE realizing.....Rick you're group is getting sloppy!
Third I would NEVER leave Judith with Father Gabriel....sorry I still don't like the guy.
OK so lets examine Hilltop, I'm digging the early American frontier fort look they're going for with the walls.....psst Greg wood burns (juss sayin), ok inside we have one single solitary building (with a 360 degree view) very useful to see your destruction coming towards you, and a bunch of RV's and Campers.....Ahhh Feudal America Greg, Jesus and the Doc live in the castle while the commoners work the crops like indentured servants..... NICE!
LMAO Spears vs automatic rifles....good luck with that!
I wonder what's going on in Woodbury these days?
OK so let me get this straight we're going with the diplomatic approach after seeing how weak and feeble Hilltops defenses are???
I'm sorry I'm REALLY beginning to question Ricks skills at planning! If they had used all their manpower and resources to contain the walker mosh pit instead of the disasterous walker parade plan they could've led them towards Hilltop like lemmings and just let un-nature take it's course then claimed Hill Top in the name of King Rick!
Ohh and you can't tell me the soil at Hill Top is better than the well manicured lawns in Alexandria, Hill Top looks like Mud and Rocks.
WTF Rick don't you have Zombie Farm skills from season 4?! 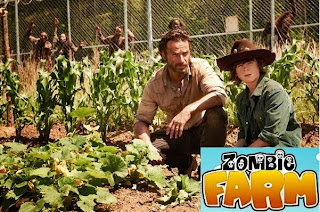 Coming into this episode I didn't trust Jesus as far as I could throw him, but after meeting Greg, Jesus actually seems like a guy who's truly trying to help out his community. This is a testament to the incredible writing, directing and acting in this show! Hell look at Merle, he was a total scum bag but in his final episode he redeemed himself and I actually felt sorry for him.

The highlight of this episode for me was watching Maggie negotiate/ renegotiate with Gregory, I can't say there was really anything I didn't like in last nights episode....there is definitely an un nerving tension and sadness for me after seeing the smiles from the group as they return to Alexandria with hope....because we all know what happens when hope shows up, it gets bashed brutally over the head until it's dead -.< 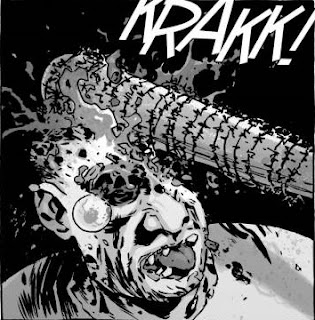 Posted by XxSITHappensxX at 2:52 PM