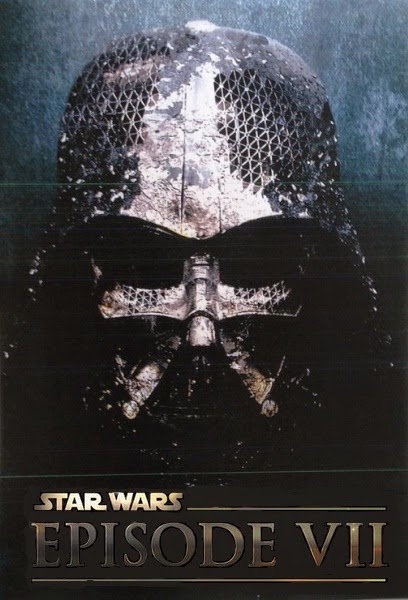 With a little over a year to go, JJ Abrams, Lucas Film and Disney give us our first look at Star wars Episode VII The Force Awakens!

First off that was the fastest 88 seconds of my life! I love the aesthetic of the trailer, it looked and felt more like the Star Wars I grew up with than the PT ever did.
No sign of Luke Leia, Han, Chewie, R2, 3PO or Lando.....where are you Lando!!!
We see Boyega in a Storm Trooper uniform apparently running from someone or something on what appears to be Tatooine, Daisy Ridley (Kira) driving some type of vehicle that somewhat reminds me of a Podracer, and Oscar Isaac  piloting an X Wing over a lake...I like the Voice Over, it almost sounds like the Inquisitor from Star Wars Rebels. I'm not feeling the new light saber with little blades on the hilt, but the Falcon doing a barrel roll was sweet! I suspect we'll be getting another trailer soon which will showcase the OT actors and then in May a third when Avengers 2 hits theaters we'll get a full trailer.

Posted by XxSITHappensxX at 12:18 PM