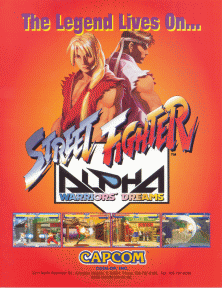 Recently I've been watching alot of kung Fu movies, IP Man, IP Man 2, The Raid Redemption  ....not sure why, maybe because  I'm kinda excited to see The Man with the Iron Fists.
In the original IP man there's a part where a gang comes into the village to challenge the masters of the martial arts schools and in one scene there are a group of students in white Gi's performing what can only be described as the Hadoken move! Very cool! Video Games inspiring Movies. Today I found a clip from The Way of the Dragon where Bruce Lee fights Chuck Norris at the Colosseum and it dawned on me that I had seen this fight before, but not in a movie but  in a video game, Street Fighter Alpha!
Being a fan of Capcom's flagship Fighting Game franchise and fan of Kung Fu films this was a very cool discovery! It's a shame SFA didn't have Fei Long in the roster.
Extra bonus points for even getting the cat in the stage! 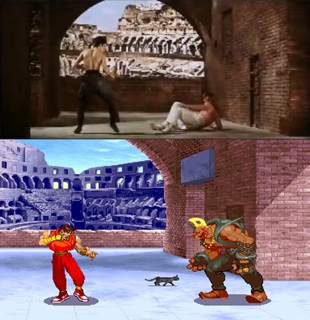 Posted by XxSITHappensxX at 6:41 PM