Ryu: A study on Design and Inspiration by Arttronik 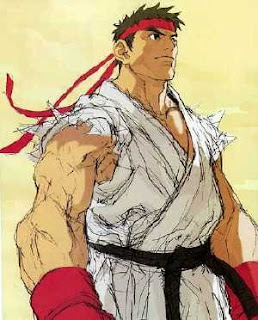 Of all the video games I've played since my childhood the one franchise I've consistently enjoyed is Street Fighter, I can remember playing the original Street Fighter in the arcades back in 1989. My addiction to the franchise really took hold in 1992 when Street Fighter II came to arcades. Aside from enjoyment of playing the game, Street Fighter has a fascinating and diverse cast of characters that have a rich story of how they came to fruition and where the inspiration was derived from.
Today I read a blog article regarding the origins of the design for Ryu and the inspirations that helped create one of the most iconic and recognizable video game characters in history.
Even if you're not a fan of Street Fighter or fighting games this is a worthwhile read I highly recomend!

Ryu a study on design and inspiration by Arttronik
Posted by XxSITHappensxX at 10:10 AM