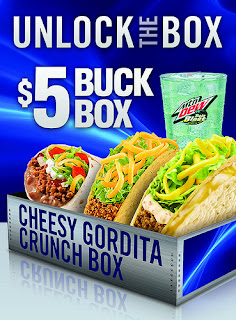 Remember your new years resolution to start getting in shape and exercising? Well forget it! Start stocking up on toilet paper and tums instead! Playstation is teaming up with Taco Bell and wants to give away a PS Vita every 15 Mins!

"PlayStation and Taco Bell just dished out some exciting news live at CES! While the US launch of PlayStation Vita is still more than a month away, PlayStation and Taco Bell have teamed up to give you the chance to win yours before they go on sale in stores. Starting January 26th through March 11th, one winner will be selected EVERY 15 MINUTES!
The folks at Taco Bell are eager to give you three ways to win your very own PS Vita: Unlock, Battle or Boast. Here’s a quick breakdown: 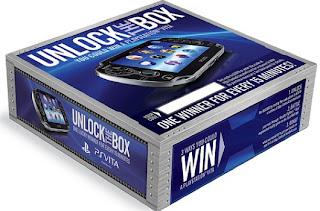 UNLOCK THE BOX: Beginning January 26th, Taco Bell’s specially marked $5 Buck Box – which includes a Cheesy Gordita Crunch, Crunchy Taco, Burrito Supreme and medium fountain drink – will also provide a code that can be entered online for an instant chance to “unlock” and win a PS Vita.
BATTLE: Download Taco Bell’s new mobile app to check out the exclusively designed Reality Fighters Dojo game where you can “battle” your friends to win a PS Vita.
BOAST: Taco Bell’s online contest will encourage you to submit a photo or video “boasting” about what you’re willing to do for a PS Vita. Submissions will then go into an online gallery where you and your peers can vote for the winners – it could be you!"

Why Taco Bell! WHY!!? I'll admit I have had my fair share of those Grilled Stuft Burritos and never had "issues" but folks if you've never had a burrito from Chipotle you're missing out...now those are STUFT!
Posted by XxSITHappensxX at 8:05 AM