Is there a way to save the ST? I think there is! 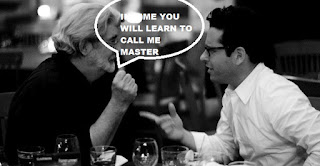 So celebration has sparked a glimmer of hope in me regarding episode IX.
Like the good ol days I'm gonna share my theory, this is gonna be a rough draft so to speak...
Who is Reys parents
How is she so powerful without ANY formal Jedi Training?
What the F was Snoke's importance?
Is Sheeve in IX
Did Palps actually know Plageuis's ability to cheat death?
What ever happened to Luke's severed hand that was rumored to kick off this trilogy in TFA?

How does this scene answer most of these questions? 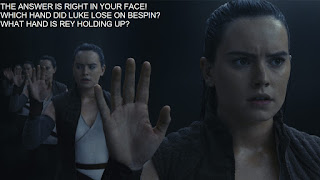 REY IS A CLONE OF LUKE SKYWALKER!

The Sith are all about the here and now, power and selfishness, they have no faith in the force after death. Palpy must've realized his time was finite and HAD to have been working on a contingency plan knowing the rule of two would eventually come to pass. Assuming he actually wasn't able to discover his masters secret for cheating death he had to look to other methods. He also must've kept the Kaminoans tech under wraps....not too many know of them.
So who was in occupation of Bespin when Luke lost his hand??? Yup the Empire!
So Sheev gets Luke's hand and calls his ol friend Lama Su.
Thus Rey is born created, and since midichorians are just microscopic life forms (nothing mystical here) they too can be cloned thus explaining Rey's Mary Sueness!
Now where do we keep all these clones??? DSII? NAH. Coruscant? Nah! Lets just plant them around the galaxy where there's populations of beings that have been found by the Jedi with high midichlorian counts and see which one's display a connection with the force!
With this speculation comes the possibility there could be hundreds of Reys all over the Galaxy completely unaware of who or what they are and maybe broom boys mommy is a Rey.
In a way Luke could have spread "Rey's of hope" across the galaxy totally unawares!
Now what's the deal with Snoke? He wasn't Plagueis, he was able to use the dark side of the force....I'm gonna say he was Palpy's clone, that survived the destruction of DSII barely. This explains his deformities.
With this we won't actually need to see Sheeve in the flesh thus saving Anakins story!

they are gonna find info on the remains of the DSII which leads them back to Jakku where they find the emperor's top secret cloning chamber, inside are thousands of cloning pods like on Kamino. All young boys. All dead but 1. Rey saves the boy from Kylo and brings the boy to General Leia to raise....the son she never had. She returns to politics since the republic is in chaos and without leadership. And over the years her son (the clone of Sheev Palpatine) follows in her footsteps! The end is the beginning....
This leaves Leia alive and Kylo remains on the dark side and Rey on the light side.

Just one last question.....is the force in balance with this speculation? Kylo doesn't get redeemed, Rey isn't the hero....Luke actually is since essentially she IS Luke Skywalker.

Posted by XxSITHappensxX at 4:25 PM