And if you bought the CPT 2018 pass May’s challenge is:

I'll post a video below to show how to complete the requirements for Funny Guy.


Go to Versus Mode, Choose Versus CPU, set the difficulty to 1 (for an easier life), choose Union Station Stage, choose an opponent, and beat your opponent in the center of the stage, and hit them with a combo that will make the old guy dancing around stumble and fall down. I happened to be on the Union Station Stage in a Battle Lounge when the missions went live.... 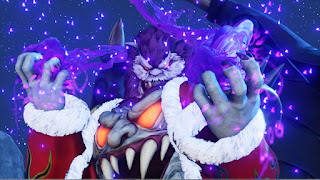 Also Bison will be getting his Crossover Costume starting May 10th.! Astaroth the final boss from Ghosts and Goblins. Below is the schedule. 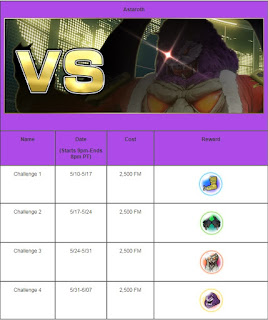 I'm probably gonna pass on Bison's Crossover costume as I'm hovering at just over 100K FM and I want to be sure I have enough FM for Cody when he launches!

As always keep fighting the good fight....stop lag switching and avoid sodium overdose. Be smart with your FM don't complain about the XBM golden soldiers because the alternative is Capcom charging RM for all DLC characters.

Posted by XxSITHappensxX at 8:17 AM