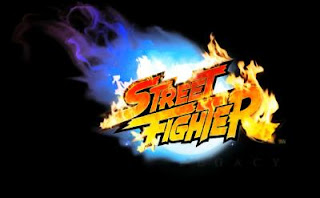 Fortunately I never dropped a dime on either hollywood Street Fighter movie, we all know just how awful they were. Fortunately Joey Ansah, has taken it upon himself do do the Capcom Franchise Justice!

"As an actor, filmmaker and fan, I have been disappointed by the
many diluted, unfaithful and outright butchered movie adaptations of fighting
video games. It was clear to me, that given the way the movie industry worked,
we would never see a super faithful, darker toned and more adult themed (or just
plain good!) incarnation of Street Fighter unless a die-hard director or
filmmaking team with game canon knowledge stepped up to the plate to helm such a
project.So almost a year ago, I began writing script treatments (with my writing
collaborator and great friend Christian Howard, who also plays Ken) and a
production design brief and partnered with Streetlight films before proposing my
concept and vision to Capcom. I'm pleased to say they gave their blessing and
permission for the project to move forward.My team subsequently attracted a
great ensemble to support and execute the project including Owen Trevor (Top
gear director) who co-directed the film with me, Jacqueline Quella my Producer,
Anthony Waye as my exec producer who has senior production credits on over 90
movies including the last eleven 'James Bond' films (Line-producer of the entire
Bond movie franchise), and the renowned post production/VFX house, Prime Focus,
to name but a few.We've all strived to make a beautiful film that hopefully non
fans will really appreciate, but ultimately this is a love letter to the fans
and the brilliance of the game. As a result, I've gone to every length to be as
faithful as possible down to the smallest details of the costume, the
choreography, the narrative, the original music themes and, of course, the
special moves!After almost a year of blood, sweat, lots of favors, enthusiasm
and love, we are ready to release 'StreetFighter: Legacy' to the people who
deserve it most.......the fans.Enjoy the two teaser trailers, and look out for
the short film to be online on Thursday along with a series of making of
featurettes.Joey Ansah "

'Street Fighter-Legacy' a Streetlight Films production, co-directed by Joey Ansah and Owen Trevor, produced by Jacqueline Quella and stars Jon Foo as Ryu and Christian Howard as Ken.'StreetFighter-Legacy' a liveaction short film fan project, based on the popular Capcom gaming franchise: Street Fighter. Officially endorsed by CapcomStreetFighter Legacy has been a labour of love and passion project for its creator, Joey Ansah, who not only conceived and pitched the project, but also co-directed, co-wrote and choreographed it, alongside cameo'ing in the film. Collaborating, creative partner and long time friend Christian Howard was part of the project from day one, co-writing the script and story elements, as well as further down the line, storyboarding the film, being assistant fight choreographer and most importantly playing Ken Masters. Streetlight repped Australian Director Owen Trevor came onboard to co-direct the film. His experience and style carried forward from shooting on 3 series of the acclaimed 'Top Gear' have really been an asset to the project and given it a strong visual flair.Promotional Photography by Theo Chalmers : www.theochalmers.comRelated Websites:http://www.joeyansah.com/http://www.lankyboy.com/ (Owen Trevor: Co-Director)http://www.streetlightfilms.co.uk/http://www.christianhoward.co.uk/http://www.jonfoo.co.uk/http://www.nigelalbermaniche.co.uk/http://www.myspace.com/theechorebellion (patrick Gill composer)

Posted by XxSITHappensxX at 10:49 AM