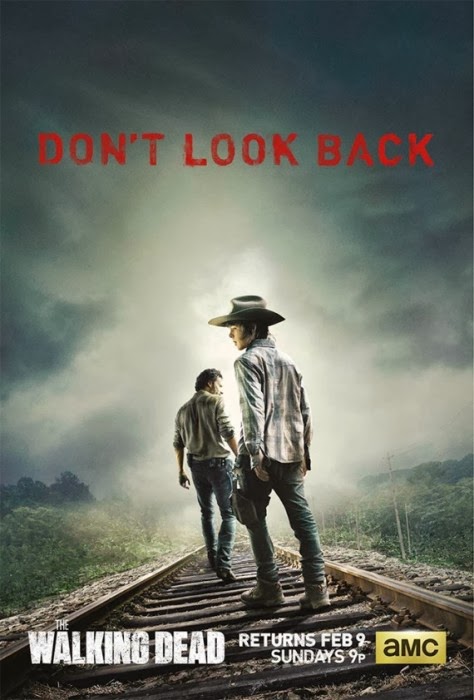 Dam Daryl just can't catch a break! It's as if anyone who Daryl befriends dies...Merle, Sophia, baby Judith (as far as he knows), now Beth! Ah the symbolism as Daryl collapses in the middle of an intersection....
As mentioned I haven't read the graphic novels but I can't believe I'm the only one seeing the warning signs, black birds circling above, broken arrows, resting in a funeral home, IN A CASKET!!
If Daryl dies I'll be PISSED! The man gets trapped in a basement in a funeral home and manages to sneak through their legs and escape!
The confrontation at the end of the episode did note leave me with a very warm and fuzzy feeling...Daryl meets Joe who evicted Rick two episodes prior.
I feel like the entire group is within shouting range of each other and just don't realize it.
Oh yeah we also got to see what Bobby was doing prior to meeting our rag tag fellowship....ok so moving on, Maggie leaves Sasha And Bobby, then Bobby leaves Sasha to find Maggie and Terminus but Sasha finds Maggie sleeping with a bunch of Walkers then the two catch up with Bobby....I'm so relieved, I have to tell ya I was on the back of my seat.
PLEASE KILL BOBBY STOOKEY....I'd rather have undead T-Dog than this dude.
Next week Tyresse and Lizzie play I spy until undead Sir Topemhat shows up. Check out the moobs

)
Posted by XxSITHappensxX at 4:52 PM