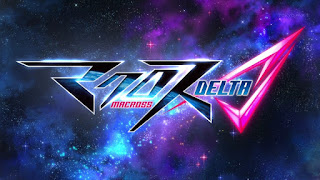 If you've read my blog at all you'd know I've been a fan of the Macross franchise since the original series SDFM (Robotech for me as a kid) back in 1982, and when Macross Plus came out in the 90's I rediscovered Macross and learned the difference between the Original and the HG version. Then in 2002 Macross Zero was released to celebrate the 20th anniversary of the franchise which served as a prequel to the events of SDFM/DYRL. Thru this OVA we are introduced to Shin Kudo, Sarah and Mao Nome and the myth's of the Birdman from the Mayan legends and the series first chronological love triangle.
10 years later we are now celebrating the 30th anniversary of Macross as the Delta Squadron of the PMC Chaos aboard the Macross Elysion have their hands full trying to suppress the Var Syndrome and fight the Kingdom of Windermere who has declared war on the NUNS, claiming they are the rightful heirs of the Protoculture not Humans.
Now last weeks episode "Eternal Songs" did something never before done in Macross history, in previous series we get the franchise staples, Music, Mecha and Love Triangles with a sprinkling of references to other series thru either a flash back, or a song or passing mention of an event. We also get that one filler episode that's used as a recap of events in the current show, what happened in episode 19 can only be described as a franchise recap that effectively unites 30 years of Macross into one cohesive story!  Now looking beyond epic nature of this "recap" what this might be is Shoji Kawamori taking the first steps to rightfully reclaiming the Macross rights from Harmony Gold so westerners can finally watch Macross without having to rely on 3rd parties....dare to dream!
Aside from Berger Stone's fascinating hypothisis about the Protoculture, music as a weapon and Human DNA, there where some other things that happened such as Mirage sharing her feelings for Hayate while he lay supposedly unconscious.. and Kaname looking out towards the medical frigate Mikumo is on wondering who she is, and when it cuts to Mikumo in the "bacta tank" I immediately was reminded of Sarah Nome inside the A.F.O.S. (Artifact from Outer Space) created by the Protoculture. Not to be confused with A.S.S.-1 (Alien Space Ship) which was a Supervision Army (Zentradi) war ship. 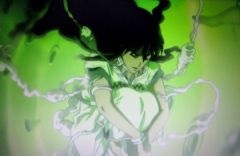 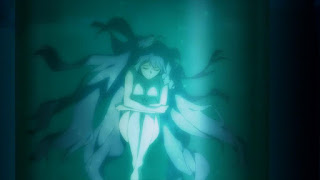 The similarities are unmistakable and during Heinz Nerich Windermere's coronation he declares "Rudanjal Rom Mayan". I am 99% certain there is a connection between Sarah Nome, the A.F.O.S. and Windermere.
Perhaps the Protoculture left an A.F.O.S. on each planet they created legacy races ie Earth, Windermere, Ragna.
Now as far as the mystery of who Lady M is....my money's on Dr. Mao Nome!  (Sheryl Nome's Grandmother) 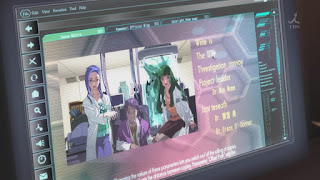 And I'm guessing Mikumo is a clone of Sarah Nome.....remember the beads!
I'm enjoying M: Delta but episode 19 just reinvigorated my interest in the entire saga!

Posted by XxSITHappensxX at 4:15 PM