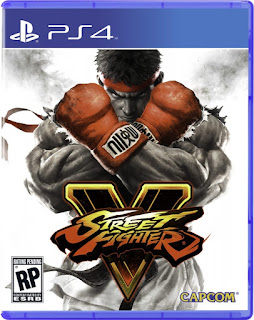 I didn't get a chance to participate in the Beta for Street Fighter V, but I think that may have been more of a benefit as the "final" product seems quite different than what some reported during the beta.
Street Fighter launched February 16, I didn't get it till April, the reason I held out was because of all the negative feedback I was reading regarding the complete absence of single player content as well as the connectivity issues.
So I've been on vacation for 2 weeks and put in some serious time with the game since I got it and yes the single player content offerings are abysmal but Street Fighter is at it's core a competitive 2 player game. And I'm willing to give SFV the benefit of the doubt with this new approach of incremental updates. Alex was the first DLC character made available from March 30th, Guile Just became available on April 29th along with his  stage....I say his stage because that was one thing myself and many others asked for in SFIV, character specific stages! And It certainly looks as though Capcom listened! Guiles Stage looks fantastic! I spent FM for it as well as Guile's Alt (no longer his primary outfit). This brings me to my next point FM (fight money) and the yet to be implemented Zenny ( in game currency purchased via real money). I am disgusted by the games that "offer" purchase-able upgrades in games, mostly mobile games otherwise know as PTW. It is the most blatant display of greed and disrespect for gamers and is detrimental to the gaming industry in my opinion, but I will give Capcom a pass on this as you the player have the choice to grind out the FM thru ranked matches, Survival, Trials and Story Mode. I had 330k FM when Guile became available, his stage cost 70K FM. Now winning ranked matches only nets you 50 FM a match so the game really needs the Daily challenges implemented soon! I am willing to use my FM on stages, and characters as they become available as long as I can earn adequate FM thru ranked matches as well as single player content. I fully intend to get Guile and Ibuki! 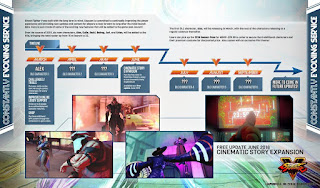 As far as the how the game plays, I'm pleased, I'm still trying to unlearn what I learned from SFIV, the basics feel close to SFII, what I mean is once everyone learns their characters inside out it will take more than a new game mechanic like Parry's/Focus/ V-skill to abuse to win you'll actually need to beat the other player....what's the tag line for Survivor? Outwit, Outplay, Outlast? You can't just throw out hard kick or a wakeup Shoryuken because the damage output is HIGH on punishes!
The V-skill system adds another layer to the game play, it's like if/when Akuma becomes avail, his V-trigger would transform him into Oni....gameplay wise. Although he might change visually also like Necalli, that would be cool.
Getting back to gameplay, it's Street Fighter the gameplay is tight and every current character feels balanced enough at this point to be competitive, some a little better than others....ahem Chun Li.
I have main'd Chun Li since 1992 SFII World Warriors so of course I'm extremely pleased with her in SFV but on the flip side of the coin I actually preferred the challenge of winning against Vanilla Sagat in SFIV.....now I understand the frustration of losing with such a powerful character.
Chun will always be my main but I'm currently focusing on Karin and Guile as potential secondary's. In fact this time around I intend to give each character some quality time (aprox 1 month) LP be damned so to get a broader feel for all the cast, which hopefully will assist me in the long run in matches....."to defeat your enemy you must understand your enemy".
Here are some matches I've had that I really enjoyed,


There were many people saying the game looks like SFIV 2.0 graphically it's more than that, I do have issues with Ken's face and Alex also....they did do a great job however with Guile, Karin, Vega, Bison, Rashid, Chun Li (I preferred original ver.), Necalli, Laura Matsuda, and R. Mika. I miss SFA Birdie but I'll deal with the change for changes sake with him and Nashenstien.
I'm sad we didn't get such an amazing intro song as SFIV's Indestructible but we'll have to do without I suppose....just kidding. The sound track is ok the tracks just don't seem to have the same impact as SFII did, although I'm digging Guile remixed theme!

I got PS+ specifically for this game, and I think it's way too soon to say whether Street Fighter V will go the way of SFIII or SFII & IV.....there seems to be a pattern.
All I can say is I'm enjoying the game, it has a solid foundation and I'm excited to see how the game evolves through 2016 and beyond!
8/10
Posted by XxSITHappensxX at 2:48 PM