Tobey Maguire must be stopped! Macross Fans must unite to stop this train wreck! 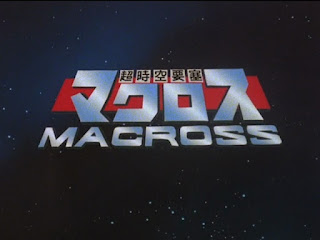 My all time favorite Anime Series is once again being threatened by Hollywood! Super Dimensional Fortress Macross is a timeless story of a giant interstellar battle fortress that crashes on South Ataria Island in the South Pacific in the year 1999. For the next decade humanity attempts to unite under the formation of U.N. government and rebuild the ship.
During the ships inauguration in 2009 Hikaru Ichjiyo comes to the celebration in his little civilian aircraft at his best friend Roy Fockers' request. During the celebration Earth is attacked by an Alien race know as the Zentradi, Hikaru rescues Lynn Minmay, a young Japanese girl who works at her aunts Chinese restaurant during the assault.
In a desperate attempt to save the Earth The Captain of the Macross orders the crew to activate the ships untested fold system to the moon, and divert the attackers attention away from Earth.
Things don't go as planned and the when the Macross exits the fold they find they're on the edge of the solar system and  due to their proximity to the surface of the Earth they have brought South Ataria Island with them into the icy void of space! The civilians are rescued and brought aboard the Macross...they're new home. During the fold Hikaru and Minmay were also caught in the field and now Hikaru must pilot his small aircraft into the huge Macross before all his oxygen seeps out of his plane.
These are the events that set the stage for the most amazing Space Opera I have ever seen, and in my opinion eclipses the Star Wars Trilogy.

As a child I did not get to enjoy this amazing show, I got Harmony Gold's Robotech...a mediocre English dub of the above show cut and paste with two other completely unrelated anime series to create a similar yet unfaithful trilogy. The first act is basically SDFM with some alterations to make the second and third acts make some sense.
It wasn't till many years later when I bought Macross Plus at Suncoast Video (I miss that store!) that I did a little research and discovered I had been bamboozled! I found macross world and found out just how far the rabbit hole went with the legal war between Big West and Harmony Gold.

So the news that Warner Brothers has found a director for the Live Action adaptation of  robotech has made me very sad, because I know it is gonna be a Michael Bay style bastardization of a mediocre retelling of an amazing AMAZING Sci Fi Love Story set against the back drop of war in Space against an Alien race.
And every time I hear about this movie Tobey Maguire's name is in the story, so I have to assume he is a fan of Robotech and I can only pray that he knows about Super Dimensional Fortress Macross!


Robotech: "We will win" performed by Reba West

Posted by XxSITHappensxX at 5:17 PM