CastleVania S2 My thoughts and opinion 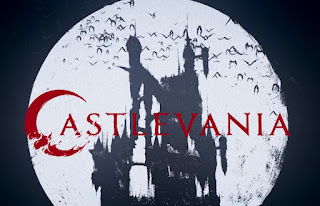 More!
The first season was only 4 episodes, this season we got 8 spectacular episodes! I actually feel that this season + last season = Season 1 but regardless the entire production truly screams "FOR THE FANS BY FANS!"
I love the old school anime style, very reminiscent of the stuff I grew up on like Ninja Scroll, Doomed Megalopolis with the blood and violence of Ninja Resurrection. Aside from the art style the character development is fantastic. Last season introduced Trevor Belmont, Sypha, and Alucard, this season we are introduced to Hector and Issac Two Human Devil Forge masters that serve Dracula, the vampire generals in Dracula’s war to extinguish all humanity including Godbrand a Nordic Vampire thot that has a penchant for making boats from his victims and Carmilla who is a masterful manipulator and secretly schemes to kill Vlad Dracul Tepes.
What I love about the show is it's not just mindless violence, Dracula isn't just the villain that the heroes need to destroy, there's layers, why is Dracula waging this war against humanity, how can he despise humanity so much yet have two non Vampires commanding his generals. What atrocities did Hector and Issac experience at the hands of other humans that would make them turn their back on them. Who's worse Humans or Vampire's (sounds very similar to TWD).  Then there's Carmilla! She was turned centuries ago and was essentially a slave to a vampire Hugh Hefner.....she killed her master and now despises men in power.......she's kinda like a vampire Starscream lol!  She's obviously trying to usurp Dracula's rule but what's her long game?
The episodes where Trevor, Sypha and Alucard are in the Belmont estate is the closest to filler but they absolutely serve the story on many levels, I truly think season three is going to visit a different generation in the Belmont clan, Leon Belmont in particular! They didn't have Trevor mention him for shits and giggles, and based on the conclusion of season 2 they really have jump the timeline.
I really enjoyed how Trevor, Sypha and Alucards relationship evolved thru season 2, it felt genuine and believable. I did laugh out loud a few times with the jabs Trevor and Alucard threw at each other.
Now for the the battle between our 3 heroes and Dracula I'm not gonna spoil it at all but I will say I haven't seen such an incredible Father-Son fight since 1983!
The final episode did a great job bringing a satisfying and emotional closure to Trevor, Sypha and Alucard's story.
Even if you never played any of the CastleVania games you can still watch this and really enjoy it, but if you have played the games there are some fan service easter eggs sprinkled throughout the second season. And as a PSA to parents my age don't watch this with the young ones around due to bloody violence and F bombs.
A+


Posted by XxSITHappensxX at 1:53 PM