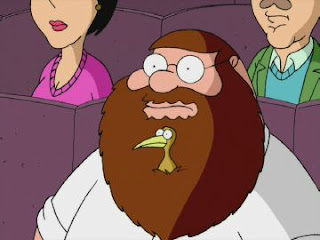 And God visited Long Island and found the 21st century's Noah...Alan Warner, a 23 year old dating an 18 year old with a 5 year old child! God said unto Alan,
"go forth and collect as many animal as you can this winter, when the snow melts new jerusalem...oops I mean Long Island will sink.
I'm giving HUGE props to the reporter in the below video for not bursting out laughing when he reported the old bag had a BIRD NESTING IN HER HAIR!!!! BWAHAHAHAHAHA!!!!

"There were animals all over the house from the attic to the basement and even outside in the snow and freezing temperatures.

There was a cow inside the home, along with a deer, rabbits, mice, snakes, goats, pigs, birds, chinchillas, dogs and other animals.
As they waded through filth and debris to rescue the animals, some workers covered themselves in hazardous materials suits"

Posted by XxSITHappensxX at 10:40 AM