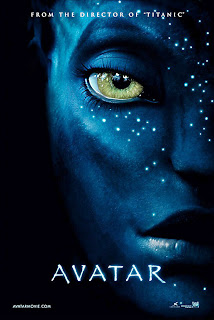 Apparantly over the last decade James Cameron discovered the Secret of Mana...

Avatar is without a doubt beautiful to behold, Pandora's flora and fauna are spectacular works of CGI, I can understand how the masses are mezmerized by what they're seeing on the silver screen. The hyper realism of the Naavi in the film is impressive, I wouldn't be so bold as to say they were indistinguishable from human actors, but they were impressive none the less.

Visuals aside Avatar is as original as a xerox machine, I know I'll be branded a hater for my opinions, so be it. Folks, there's a really good reason why there's so many comparisons to Pocahontas on youtube, it's true.

Did I enjoy Avatar? Of course, it was an enjoyable story with gorgeous visuals, but for me nothing I haven't seen before.
Lets begin with the main story arc, there's a company that is mining unobtainium (ughh) on Pandora. An eden-like planet with fantastical flora and fauna. I can understand how many joe-movie goers were probably floored by Pandora's fantastic visuals...oooh floating islands with waterfalls that somehow don't run out of water. But it's nothing new for those of us who've played role playing games like Final Fantasy XI or World of Warcraft or those of us who watch anime. Again if you've never done either of those I'm sure Pandora was mind blowing, and the concept of a "nueral network" among all the living things on Pandora might've seemed radical but again not a new concept at all! Final Fantasy titles have used the idea of Mana and/ or Gaia, the idea that all living things, including he planet are connected for decades....play FinalFantasy VII or watch Final Fantasy the spirits within.
Giovanni Ribisi plays Parker Selfridge a project manager that only cares about himself and the money. His character might as well have been named Carter Burke. The RDA company contracts a PMC "Sec Ops" not "Spec Ops" to protect their interests on Pandora...cause like a shake and bake colony the equipment is mad expensive...enter macho space marine Colonel Miles Quaritch played by Stephen Lang...he's not on Pandora to rescue some juicy colonists daughters from their virginity, he's all about blowing shit up! With a name like Miles Quaritch I automatically thought "this dude is from the south, he luvs his guns, George Bush is from the South...hmmm" Maybe that's just me. Personally I preferred Lieutenant Gorman, Apone, Hudson, Vasquez, Drake, Frost and the Colonial Marines from Aliens.
Next we meet ex marine Jake Sully, he's just a grunt...no offense. Jake's paralyzed....he needs magic legs. I almost fell out of my seat laughing at this! Ok, it's the year 2154, we can travel to distant worlds and grow beings of another race and magically transfer our conscience to this shell yet poor Jake can't get a new pair of legs WTF!?
Sigourney Weaver plays Grace Augustine head of the Avatar program that I mentioned above, basically they grow biological replica's of the indiginous species on Pandora, the Na'vi and somehow tranfer a humans conscience into this shell. So Grace headed up race relations between the Humans and the Na'vi while the RDA mined all the unobtainium. Problem is the Na'vi live around the world trade center of Pandora which also happens to have the largest supply of unobtainium. So the human's try to relocate the blue Mithra http://www.playonline.com/ff11us/intro/about/class01.html?pageID=about 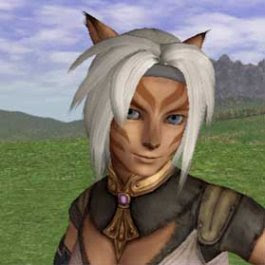 oops sorry the Na'vi but they ain't havin it, so that's where Jake comes in, Colonel Miles Quaritch makes a deal with Sully; bring him double secret intel on the Na'vi and he'll show Sully the power to keep Padme from dying...no wrong movie sorry. He'll get Jake new legs!
Who knew Jake would fall in love with a scantilly clad Mithra and sympathize with the Native Ameri....Na'vi.
The movie culminates into a rediculous final battle where Quaritch and his PMC plan to drop a motherload of bombs on a Na'vi religous site, the Tree of Souls, but Jake Liono rallies the Mithra tribes and we get 2010's version of the Battle of Endor.

Avater was thrilling to watch but once the movie was over and I was walking out of the theater I didn't have the same energetic feeling I had when seeing T2 or Aliens in the theater. So all the supposed money put into this movie and I still prefered Cameron's older movies.
And to all those that point at the money the movie made, allow me to remind you that IMAX 3-D tickets are $25.00+! And wasn't Cameron saying this movie was made with 3-D in mind...?
B-

Posted by XxSITHappensxX at 12:43 PM