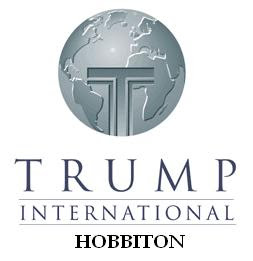 I amar prestar aen. The world is changed. Han matho ne nen. I feel it in the water. Han mathon ned cae. I feel it in the earth. A han noston ned gwilith. I smell it in the air. Much that once was is lost, for none now live who remember it.
Since the defeat of Sauron and Saruman and the fall of the Two Towers a new threat has slowly grown in Middle Earth...Trump!
The Sackville Baggineses were unable to out bid the mighty Trump and thus shortly afterwards the fires of Industry sprang to life anew!
The thunder of the legions of Ork & Urukai was replaced by the screeches and dull rumblings of a mechanized monster...the Bull Dozer. 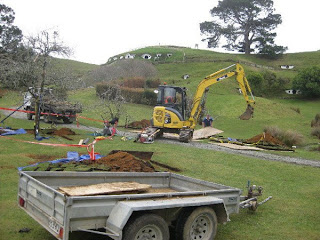 Where was Gandalf the White in the Hobbits darkest hour? Had he abandoned them after one of their own had saved all the citizens of Middle Earth...along with Samwise Gamgee? How about King Aragorn? Master Legolas?, Gimli son of Gloin?
Or it could just be the first images of Bagshot Row being rebuilt for the Hobbit movies!
For more pics and news head on over to the OneRing.net's article @ http://www.theonering.net/torwp/2009/07/18/32790-exclusive-rebuilding-of-hobbiton-has-begun/ 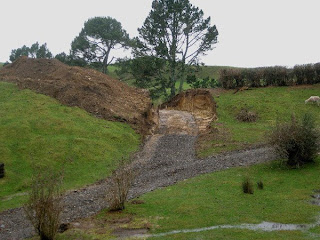 Posted by XxSITHappensxX at 5:06 PM

Email ThisBlogThis!Share to TwitterShare to FacebookShare to Pinterest
Labels: Movies, The Hobbit